Venezuelan Foreign Affairs Minister Jorge Arreaza described as “unusual” the position of Colombia regarding Venezuela’s request for dialogue made through the United Nations, to coordinate a response to Colombian paramilitary incursion in recent weeks inside Venezuelan territory and causing death, damage to property, and panic in the population.

The Venezuelan diplomat, in response to a message on Twitter from the Foreign Affairs Ministry of Colombia, pointed out that his Colombian counterpart had replied to Venezuela’s request for dialogue with “a primitive, irresponsible and ideological script.”

According to Arreaza, Bogotá does not appear to be interested in responding to formally requested communication channels seeking basic coordination arrangements in the context of incursions by Colombian narco-terrorist groups in the Venezuelan state of Apure.

Despite the abundance of evidence revealing that Venezuela is victim of aggression by armed groups from the neighboring country, the Duque administration continues to repeat that Caracas welcomes those groups with open arms. This is only a fantasy, based on the tired script connecting the Venezuelan government and Chavismo with FARC and ELN, although it was because of Chavismo and the mediation of the Venezuelan administration that a peace agreement was signed in Colombia between the government and FARC a few years ago.

In the course of the operations by the Venezuelan Army (FANB) to repel the narco-paramilitary groups from border areas, eight FANB officers lost their lives. Yet the government of Colombia insists on convincing the Colombian population and international public opinion that Venezuela maintains alliances with armed groups dedicated to drug trafficking. 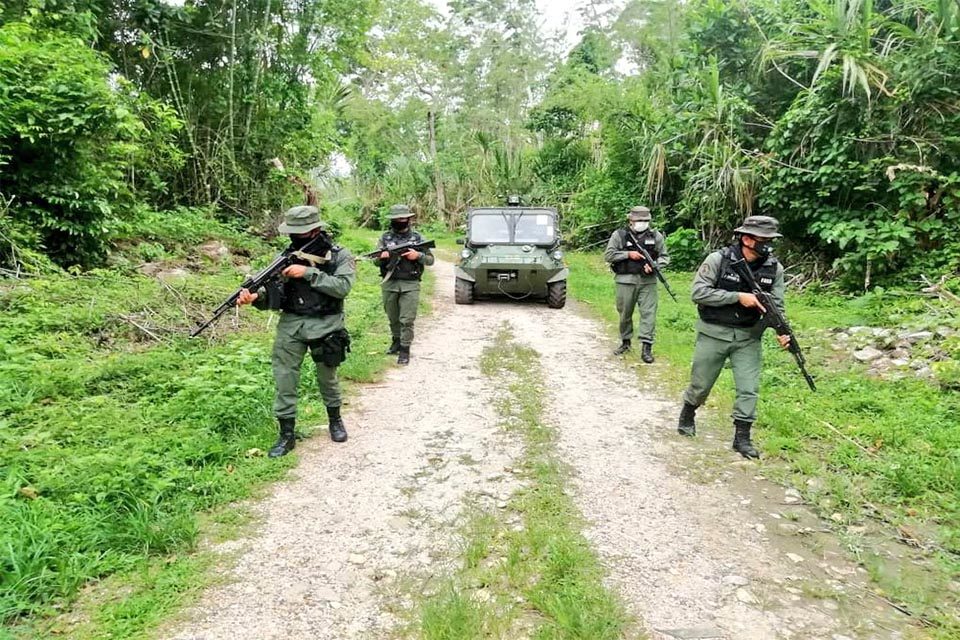 “Unusual” response
The foreign affairs minister of the neighboring country disqualified Venezuela’s request for dialogue, in a manner that may be considered uncharacteristic of diplomatic conduct.

In the message, Minister Blum also tried to reduce the merit of the Venezuelan military operations against the narco-terrorist groups belonging to her own country, dismissing the situation as a maneuver by the government of President Maduro “to divert international attention,” though no one knows from what.

Caracas has denounced the incidents in Apure as covert aggression by the Duque administration in alliance with the United States Southern Command (SOUTHCOM). FANB reported that the military of the neighboring country have never prosecuted the armed criminal groups that fled to Colombia when chased by Venezuelan authorities. This confirms the suspicion that Venezuela may be facing a form of hybrid warfare, with parts being “outsourced” to Colombian paramilitary groups.

Venezuela has also requested support from the United Nations for deactivating the minefields in Apure. The Colombian terrorist groups, during their retreat, planted these anti-personnel explosives. Planting landmines is considered a war crime under international law, yet Colombia does nothing but play media games.

Featured image: Venezuelan Minister for Foreign Affairs, Jorge Arreaza, is amazed by the unexpected answer from Colombia to Venezuela’s call to the UN to help for better coordination amidst violent incursions by Colombian paramilitaries in Venezuela. File photo.