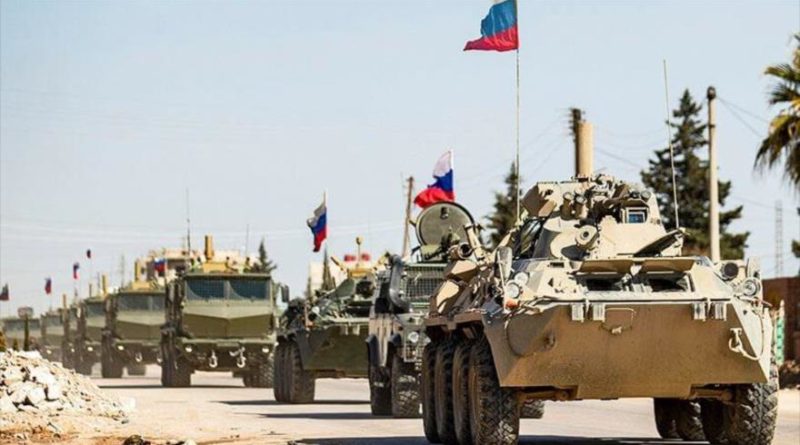 The United States fails for the second time in a week to obstruct the passage of a patrol mission by Russian troops in northeast Syria.

A video circulating since Wednesday on social networks shows the failed attempt by a US vehicle to block the passage of Russian troops carrying out one of their daily patrols in the northern areas of Syria.

As seen in the recording, the new escalation between US and Russian forces on Syrian soil resulted in the US military vehicle breaking down on the way.

The Russian military patrol had entered the US checkpoint east of the Euphrates River to reach one of its bases in northeast Al-Hasaka province, Syrian website Al-Masdar News reported on Thursday.

This is the second such incident that occurred this week involving troops from the two rival countries in the Arab country. Last Monday, social networks published another video in which it was seen how a convoy of Russian military vehicles passed through a checkpoint without paying attention to the US troops deployed in Al-Hasaka.

Clashes between US and Russian forces in the northern regions of Syria have been on the rise, as the two countries are sending military reinforcements to those areas.

Meanwhile, the conduct of Moscow seeks to support the Syrian Army in its fight against terrorist elements and is fully authorized by Damascus, the presence of the US military is illegal and provocative, according to the complaint by the government of the Arab country, chaired by Bashar al-Asad.

Meanwhile, the Russians have not been the only challenge to Washington’s illegal activity in Syria. Moreover, the soldiers, as well as the Syrian civilians, have repeatedly prevented the passage of the American military convoys, which claim to protect the oil fields of Syria from terrorists, but which in reality, intend to steal the resources of this country, as Damascus has protested.

In fact, it appears that the U.S. Administration of Donald Trump has reversed its decision to withdraw all of its troops from Syria. In this regard, Myles Coggins, spokesman for the so-called US-led coalition, which claims to fight the terrorist group ISIL (Daesh, in Arabic) in Syria and Iraq, ruled out in late May that Washington had any plan to withdraw from the Levantine country.

Warning against this situation, Syria has promised that after seizing from the terrorists the last fiefdoms they have under their control, their next step will be the expulsion of invading forces, including the United States.