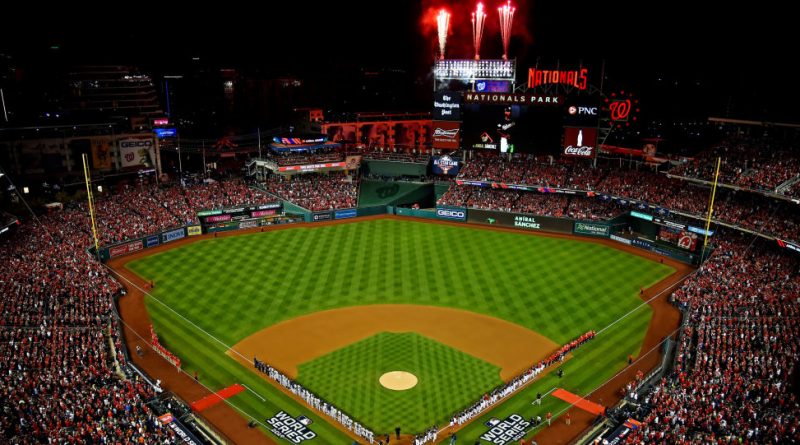 Videos posted on social media show spectators loudly booing the president at the World Series Game 5 taking place at Nationals Park while the stadium display zoomed in on him. Baseball fans then launched into an updated version of Trump’s own classic “Lock him up!” chant, although it could have referred either to Trump himself or his political rival Joe Biden.

​
The president, who announced on Friday his intention to attend the game, arrived with a sizable entourage of Republican lawmakers, including Kevin McCarthy, Liz Cheney, Steve Scalise, Lindsey Graham and David Perdue, according to The Hill report. The president’s wife, Melania, was also in attendance.

Nats fans shouting “Lock Him Up” as President Trump was shown on the big screen tonight at the game. pic.twitter.com/XYsB77U8K8

The president was also joined by a group of military veterans, the report says.

Earlier on Sunday, the Washington Nationals announced that they would give the ceremonial first pitch to Jose Andres, a restaurant owner who clashed with Trump over the latter’s immigration remarks. Trump’s rhetoric resulted in Andres withdrawing plans for a Spanish restaurant at the Trump International Hotel in Washington DC. Trump sued Andres for breach of contract worth an estimated $10 million.

When MLB Commissioner Rob Manfred announced that Trump would attend, he noted that the president would arrive after the game kicked off, so as to avoid creating an inconvenience to fans entering the stadium.

“Quite frankly, we were very grateful for that,” Manfred told The Associated Press.

Sunday’s game comes as the World Series is split 2-2 between the Houston Astros and Washington Nationals.