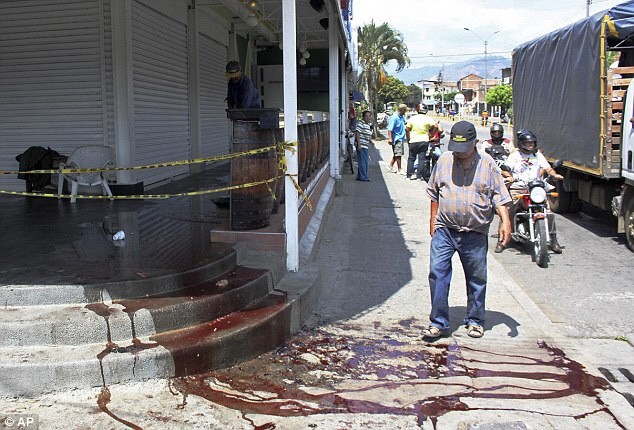 The Senate, social movements, the victims of the armed conflict have demanded state action to no avail.

Violence in Colombia continues unhindered as the government of President Ivan Duque is focused on its northern neighbor Venezuela. After a massacre and eight social leaders killed, President Duque is yet to announce effective measures to prevent the systematic murder of Campesino and community leaders in rural Colombia.

In a public statement, Duque said more citizen participation was necessary for state security forces to act. However, social organizations have warned that their members do not get state protection even after denouncing threats against them.

Earlier in January, a woman whose husband had been killed over the plot of land he hadrecovered after being forcibly displaced by armed groups, was murdered in that land. No one was guarding her home.

In the latest chapter of violence, Campesinos found the bodies of four men near Jamundi, a municipality south of Colombia’s Cauca Valley. Cali’s metropolitan police said the bodies were tossed from a black pickup truck Friday. They have been unable to identify the victims or perpetrators but residents think the drug-trafficking criminal organization “Los Pelusos” is behind the massacre.

Residents who spoke to local newspaper El Espectador, said there are several armed groups in the region, including “Los Pelusos”, the Sinaloa Cartel, remnants of demobilized paramilitary groups, and the National Liberation Army (ELN), that began fighting over this territory after the formerRevolutionary Armed Forces of Colombia (FARC) withdrew all troops, following the peace agreement signed in 2016.

The Colombian state had committed to filling that void but it has been unable to do so in the Cauca Valley and Nariño, where Campesino leader Faiber Manquillo’s body was found on the same day as the massacre.

Manquillo had been missing since Dec. 26. He is the eight social leader killed in Colombia since the year 2019 started. Authorities have launched an investigation. So far they know he was gunned down but there is no indication by whom.

Human rights organizations like Indepaz point to high impunity rates as one of the driving forces behind the murder of human rights advocates and social leaders.