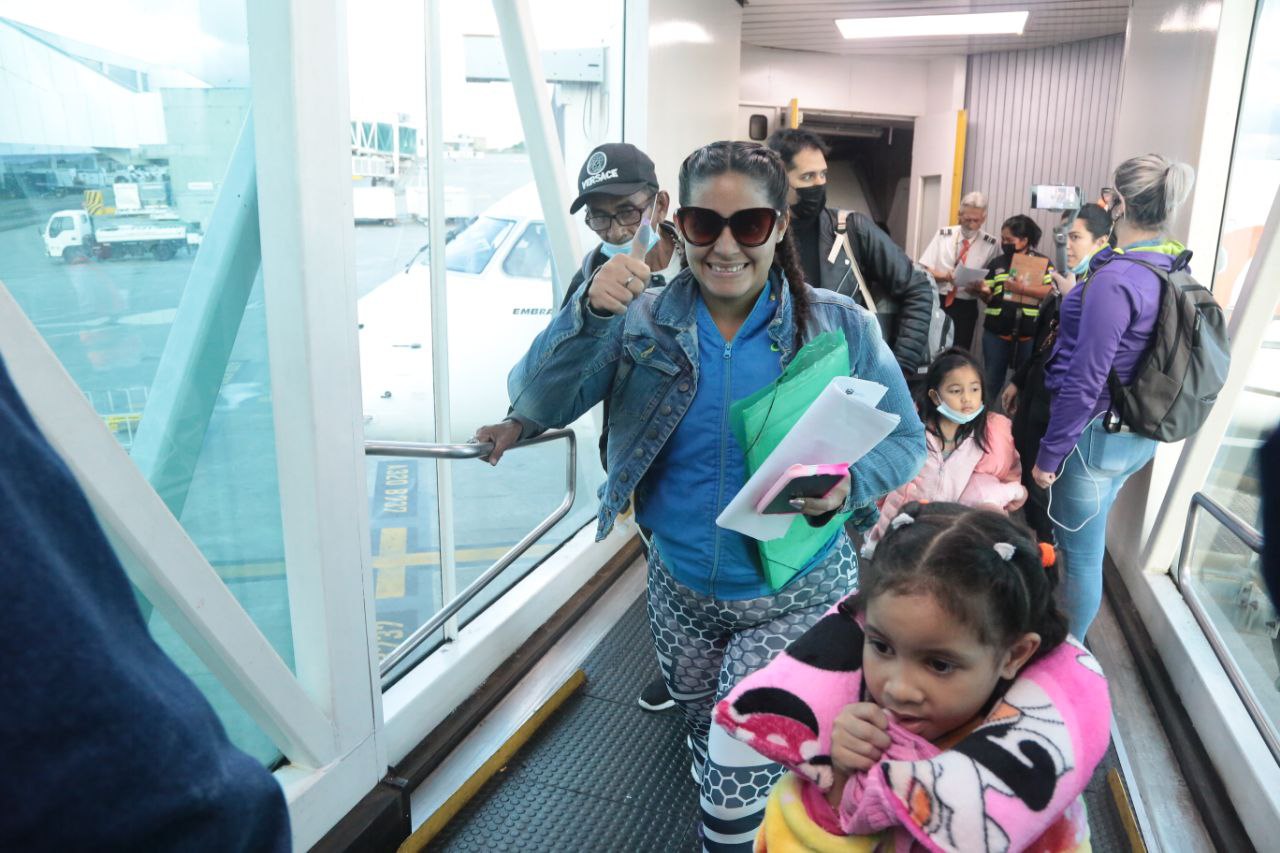 Venezuelan migrants returning from Peru express their joy upon landing at the Maiquetía Airport. Photo: Twitter/@Fariacrt.

On Friday, October 28, 92 Venezuelan nationals returned to Venezuela from Ecuador through the Vuelta a la Patria (Return to the Homeland) Program, reported Venezuelan Minister of Transportation Ramón Velásquez Araguayán.

“Flight 176 of the Vuelta a la Patria Plan arrived at Maiquetía from Ecuador, with 92 Venezuelan nationals,” the Venezuelan minister wrote in a Twitter post.

“Our hearts are filled with pride to see the signs of affection of Venezuelans when they set foot on the soil of their country,” he added. “We applaud the efforts of the president of the Bolivarian Republic of Venezuela, Nicolás Maduro.”

With the arrival of these 92 Venezuelans, a total of 30,979 have returned through the Vuelta a la Patria program, said Velásuez Araguayán.

He added that “several special flights have been carried out from Panama and Mexico, to return Venezuelans who have voluntarily decided to return to their country.”

He added that these actions are due to the “determination of the Bolivarian government led by the president of the Republic, Nicolás Maduro.”

“The Vuelta a la Patria Plan is a pioneer in the reunification of the Venezuelan home,” Faría wrote on Twitter. “Thanks to the determination of the Bolivarian government led by our President Nicolás Maduro, we have received another flight, now from Ecuador, with 92 compatriots. Welcome back to your homeland.”

On Thursday, October 27, 277 Venezuelans returned from Peru on a flight of the Vuelta a la Patria program.

In view of this return of Venezuelans, Transportation Minister Ramón Velásquez Araguayán highlighted, “What we are looking for is to give hope to all Venezuelans who suffered xenophobia, who were deceived by the media, and to help them to return to their country.”