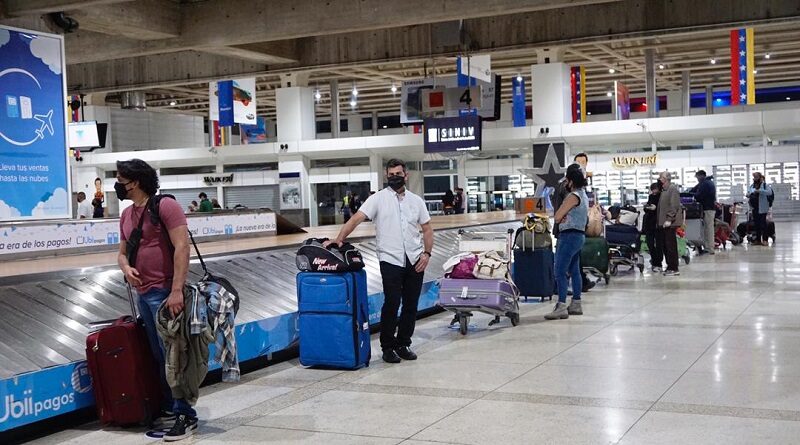 Coming from Argentina, this Sunday 130 fellow Venezuelans returned to their country through the Vuelta a la Patria program, an initiative of the Bolivarian Government that has allowed thousands of Venezuelans to return to the country voluntarily amid the pandemic of COVID-19, despite the illegal blockade imposed by the United States and its satellites against the South American nation.

In accordance with the strictest biosecurity measures in place due to the health crisis, the returnees arrived at the Simón Bolívar International Airport in Maiquetía, in La Guaira state, on a Estelar airline flight, which departed from the Ezeiza International Airport, in Argentina.

After the rigorous biosafety protocols, they will go to their respective places of residence in the country, reported a press release from the Ministry of Foreign Affairs.

Since the Plan Vuelta a la Patria began, on the instructions of the President of the Republic, Nicolás Maduro, a total of 20,453 nationals have been repatriated, mostly by air, broken down as follows:

RELATED CONTENT: By Air and By Land: Venezuelan Launching a Special Repatriation Initiative Next Week (Vuelta a la Patria)

In the midst of the global emergency due to the novel coronavirus, thousands of people have returned to the country. Given the non-existent interest shown by the authorities of some nations in the region to coordinate with Venezuela for the safe and dignified return of Venezuelans, many have been forced to take illegal paths, and sometimes to resort to criminal groups that operate across different borders, but particularly on the border between Colombia and Ecuador.

However, despite the difficulties generated by the economic impact of US sanctions, the Venezuelan Government implements sovereign operations to protect its territory and keeps its borders open to comply with the sanitary protocols recommended by the World Health Organization ( WHO), and receive their returned compatriots.

The Plan Vuelta a la Patria establishes an air and land bridge for the voluntary return of all those migrants and their families who lack their own means for the return, and incorporates all returnees into the social programs of Venezuela.