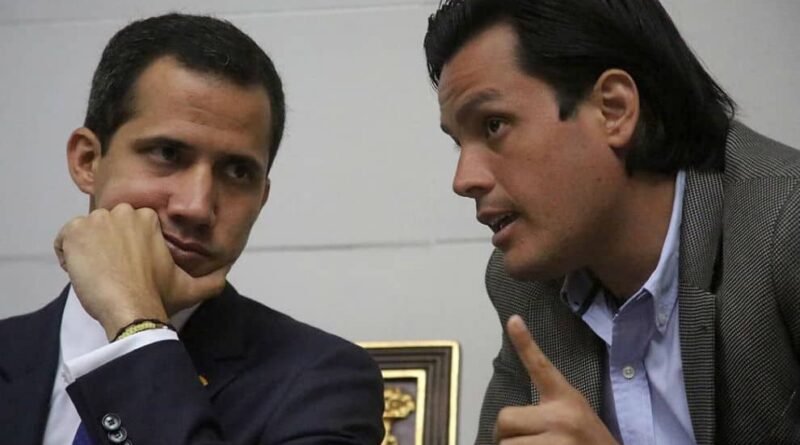 In an ironic maneuver displaying the White House’s complete lack of political awareness, the Joe Biden administration claimed the right to declare who can be considered corrupt and who cannot, delivering an “award” within the framework of International Anti-Corruption Day, this December 9.

As expected, the White House took the opportunity to give a boost to its allies on the Venezuelan extreme right, by including one of the spokespersons of the Popular Will organization on the list of beneficiaries of Biden’s recognition. Many Venezuelans refer to the Popular Will party as “Juan Guaidó and the 40 thieves” due to the countless cases of corruption involving assets they stole from the Venezuelan people, with the complicity of the United States.

Thus, an “Anticorruption Champion” award was given by the US State Department to Carlos Paparoni. Paparoni belongs to Popular Will, the party of Leopoldo López and Juan Guaidó, those largely responsible for the embezzlement of resources belonging to the Venezuelan State, including billions of dollars worth of Venezuelan gold and assets held abroad, as well as the theft and bankruptcy of the Monómeros company in Colombia, for example.

The “award” was granted within the framework of the Summit for Democracy, organized by Biden amid criticism and reproach from many countries. The summit has been described as a sign of desperation by the declining forces of US hegemony.

US asset
Like Juan Guaidó, Carlos Paparoni is another of the pawns that the US government uses in its attempts to overthrow the government of President Nicolás Maduro. In addition, Paparoni also helped to prevent Alex Saab from acquiring food for Venezuelans besieged by criminal and illegal US and European sanctions.

Working together, we will stop corrupt actors from operating with impunity. @StateDept reaffirms our commitment to all those working to build transparency and accountability around the world. Congratulations to our 2021 Anticorruption Champions. #ACCA2021 pic.twitter.com/Lwt5aEORzV

The self-proclaimed “interim president” of Venezuela, Juan Guaidó, spoke immediately on social media networks to thank the US Secretary of State, Anthony Blinken, for the award they gave to Paparoni.

Along with the defeat suffered by the right in the regional and local mega-elections in Venezuela, and with UN recognition of the legitimacy of Nicolás Maduro’s government, the president of the United States insists on throwing a lifeline to Guaidó with an invitation to the so-called “summit of the leaders of democracy.”

On the other hand, reflections on the contradictions of an anti-corruption award awarded by a system characterized by flawed management through mafias that promote the arms industry and the business of war, is beginning to awaken a realization among the public of the actual greatest source of corruption.