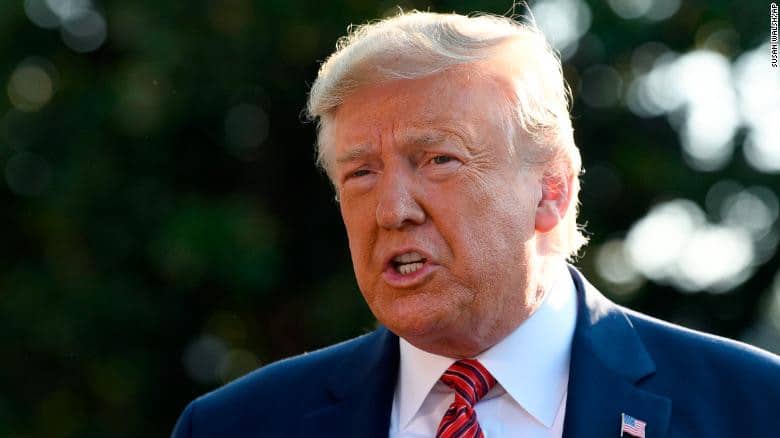 “Well you may throw your rock and hide your hand,
workin’ in the dark against your fellow man.
But as sure as God made black and white
what’s down in the dark will be brought to the light.”
~ Johnny Cash/traditional, ‘God’s Gonna Cut You Down’

The Grayzone has an excellent new article out titled “US troops are staying in Syria to ‘keep the oil’ — and have already killed hundreds over it” detailing the many ways the Trump administration has openly admitted that it is keeping US troops in Syria to control the nation’s oil fields so that the Syrian government can’t use it to fund reconstruction efforts.

“We’ve secured the oil, and therefore a small number of US troops will remain in the area where they have the oil,” Trump said in a recent press conference. “And we’re going to be protecting it. And we’ll be deciding what we’re going to do with it in the future.”
“We want to keep the oil,” Trump said in a cabinet meeting a few days earlier. “Maybe we’ll have one of our big oil companies to go in and do it properly.”

“A purpose of those [US] forces, working with the SDF, is to deny access to those oil fields by ISIS and others who may benefit from revenues that could be earned,” said Defense Secretary Mark Esper. As Grayzone’s Ben Norton accurately explains, “and others” necessarily means the Syrian government; preventing Assad from accessing Syrian oil is standing US military policy.

And that of course is the real reason US armed forces constantly remain in Syria despite all the empty babble about ending wars and bringing home the troops: it’s about control over a nation in a key geostrategic location which refuses to be absorbed into the blob of the US-centralized empire. Controlling its material wealth is an ideal way to do this.

Whenever I write about oil as a primary motive for US imperialism, I always get a bunch of right-wingers objecting that that makes no sense because the US has plenty of oil, and that it’s really about freedom and democracy or communism or Zionism or pedovore cults or Illuminati or whatever. What they miss, in their squirming attempts to avoid cognitive dissonance, is that it’s not about having and consuming oil, it’s about controlling oil. Control what governments can and cannot access crucial resources, and you can control which governments thrive and which ones don’t.

RELATED CONTENT: Transit Only: US Troops Pulled Out of Syria & Moved to Iraq Are Asked to Leave Iraq

As Trump said, “We’ll be deciding what we’re going to do with it in the future.” In no other international power dynamic would this be considered a rational thing for anyone to say. The idea of another nation invading Texas and seizing control of its oil fields and then Xi Jinping or whomever saying “We’re controlling their oil and we’ll be deciding what we’re going to do with it in the future” is unthinkable, but a US president can just come right out and say this about a weaker nation and it won’t even be front-page news.
I’ve said it before and I’ll say it again: Donald Trump is the most honest US president of all time. By that I don’t mean that he’s an honest person; he of course lies constantly. I simply mean that while his predecessors have always made sure to dress their imperialist military campaigns up as benevolent humanitarian intercessions, Trump just stands there out in the open like “Yeah we grabbed their oil and it’s ours now, blow me.” There was once a time when claiming a war was really about oil got you branded a conspiracy theorist. Now the US president just outright says it.

And this is really the only reason establishment power structures dislike Trump. They don’t feel directly threatened by him, they just dislike the way he’s always saying the quiet part out loud. Status quo power has a vested interest in keeping a smiling mask on things and preventing people from thinking too hard about what’s really going on in the world, and Trump keeps ripping off that mask by telling everyone what he’s doing in plain English.

Revolution (the real kind, the kind that actually changes things) is ultimately a fight against psychological compartmentalization on a mass scale. Compartmentalization is a tool people use to avoid the psychological discomfort (aka cognitive dissonance) that would otherwise be experienced by trying to hold on to two conflicting positions at one time, like, for example, seeing yourself as a good person and simultaneously giving your government your tacit permission to murder strangers on the other side of the world in your name.

Establishment power works to prevent people from looking directly at the ugly aspects of the empire, like the horrific nature of what war is and how much their country spreads it, or the fact that so many have so little while a few others have so very much, or the reason their government doesn’t seem to operate the way they were taught in school. The empire has a vested interest in keeping these things in the dark, while the clear-eyed rebel is always trying to drag them kicking and screaming into the light. This is why truth-tellers and whistleblowers are always made public enemy number one by our rulers.

The true rebel fights to enlighten things, the empire fights to endarken them. This is the struggle from the largest power structures in our world, right down to our own inner lives as individual human beings. This is why I talk so much about the importance of inner work; it’s all one struggle, from the evil secrets hidden behind thick walls of government opacity all the way down to the parts of ourselves we try not to look at. Your efforts to become a more consciously integral and less compartmentalized human being are just as important as your efforts to expose the puppet strings to the audience.

As November 2020 draws nearer the screams to shut up and stop pointing at the truth are going to get louder and louder for political dissidents in America, even louder than the “shut up and fall in line” admonishments that Bernie-or-Busters received constantly in 2016. This will only be the voice of the empire yelling “Pay no attention to that man behind the curtain!” It will only be those who are still plugged into the imperial narrative matrix transforming into a bunch of Agent Smiths and telling you to stop saying things which cause them cognitive dissonance.

But, for someone who has signed the truth-at-all-costs contract within themselves, this simply won’t be an option. Our desire to bring what’s dark into the light will overcome any pressure to keep things endarkened, whether it be in ourselves, in our relationships, in our society, in our government, or in our world. Followed through with in a deep and integral way, it changes the way we think, it changes the way we experience our own consciousness, it alters our behavior, it ruins our experience of news media and Hollywood blockbusters, it ends our marriages, it breaks up longstanding friendships and forges new ones, and it makes the deceptions of the powerful utterly intolerable. Truth come what may means truth come what may, and it’s a lifetime commitment.

We wouldn’t have it any other way.