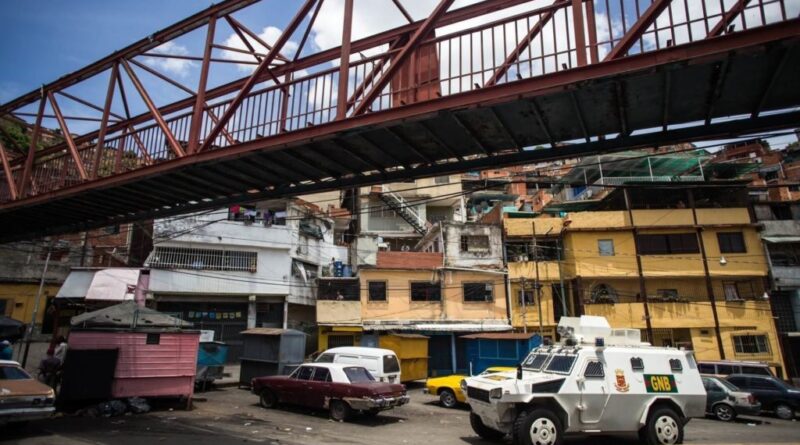 Caracas’ La Cota 905 became a trending topic again today, March 19, due to the audacity of criminals gangs. This time armed gangs attempted an assault on a post of the Bolivarian National Guard (GNB) in El Paraíso, Caracas.

Residents of the area posted videos on social networks in which you can hear the firepower of the criminal gangs that operate in this neighborhood.

Criminal gangs in Petare (east of Caracas) and La Cota 905 (west of Caracas) have gained notoriety in recent years due to their powerful weapons arsenal. They have taken control of areas that are supposed to be under the safeguard of Venezuelan law enforcement agencies.

Today’s incidents represented a new operation of the El Coqui gang. They reached the highway and blocked traffic in El Paraíso tunnels, causing a major traffic jam on the roads.

Twitter users reported confrontations between criminals and GNB troops at the intersection between Victoria and Nueva Granada avenues.

Another scene broadcast during the criminals’ assault was that of the theft of a motorcycle on the highway. According to what is heard in the video, the victim saved his life by identifying himself as a doctor, and offering his id to the heavily armed assailants as evidence.

As of 5:45 in the afternoon, one injury was reported, an adult woman living in a building in El Paraíso.

Other local news outlet reported the installation of illegal checkpoints on Victoria Avenue by criminals. In this situation, the criminals are reported to have kidnapped three PNB officials, who were later released.

Reportedly the deployment of the El Coqui gang in La Cota 905 involved some 30 people.

Versions of what happened
According to reports by the journalist Román Camacho, the assault operation on a GNB post failed. The criminals intended to take pieces of anti-aircraft weapons at that facility, according to the version of events released by this Venezuelan crime reporter. However, experts indicated that this scenario does not seem very likely.

The El Coqui gang allegedly executed four of the criminals involved in the maneuver and threw their bodies onto the highway. This act would represent a typical peace offering from the gangsters following confrontations.

Venezuelan criminal gangs have gained strength and control over larger areas of Caracas. In general, law enforcement agencies are situated between two tendencies: on the one hand, the right wingers demand respect for the human rights of criminals, and on the other many criticize the government for lack of swift action to contain the increased power of the criminal gangs.

Another element highlighted by experts is that many of these criminal gangs are infiltrated by right-wing elements with connections to US intelligence agencies seeking to destabilize or create distractions when there is a big operation in the offing—such as the shootings in Petare just a few hours before Operation Gideon last May, 2020.