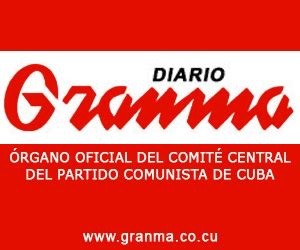 “Pompeo, not satisfied with leading a criminal economic blockade and an operation of international aggression against Venezuela, now shamelessly promotes a coup d’état, citing articles of a Constitution that obviously does not know,” said Jorge Arreaza, Minister of Foreign Relations of Venezuela, on Twitter.

Jorge Arreaza, Minister of Foreign Affairs of Venezuela, published on Wednesday his condemnation of the actions carried out by the United States against Venezuela, led by the US Secretary of State, Mike Pompeo.

“Pompeo, not satisfied with leading a criminal economic blockade and an operation of international aggression against Venezuela, now unabashedly promotes a coup d’état, citing articles of a Constitution that obviously does not know,” Arreaza said on Twitter.

Despite the fact that the people of that South American nation have decided to support Nicolás Maduro once again with 67% of the votes, Pompeo congratulated the National Assembly of Venezuela, which remains in contempt of court, according to Telesur.

Also, Arreaza stressed that while President Nicolás Maduro seeks a respectful dialogue with the US, the US Secretary of State and other extremist spokesmen seek to destabilize the country and incite violence.

On the other hand, RT recently published how the dialogue between the Venezuelan Government and the opposition was dissolved by foreign influence.

The Russian Foreign Minister, Sergey Lavrov, commented that, “all this points to the fact that the United States maintains among its priority lines and actions the collapse of unwanted governments in Latin America and the Caribbean, of course, but also in other regions.”

The Russian agency also published some of the actions that demonstrate the role of the US in its work to destabilize Venezuela, such as the call of Vice President Mike Pence to the president of the Venezuelan National Assembly, Juan Guaidó, to recognize Parliament as “the only legitimate democratic body.”