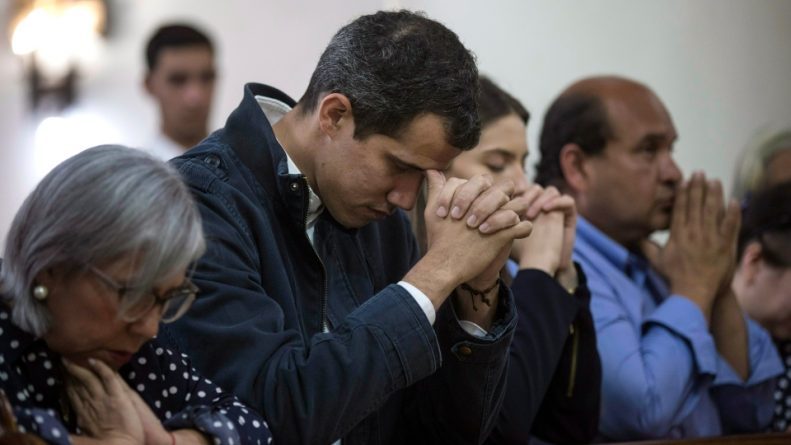 Besides acting against the Venezuela’s Constitution, the U.S.-backed politician received funds from irregular sources and lied about it.

Venezuela’s Comptroller General Elvis Amoroso announced Thursday that the opposition politician Juan Guaido has been barred from holding public office for 15 years over irregularities in his financial activities.

This decision was taken “considering that the deputy Juan Guaido has refused to present his sworn statement of assets/income (…) has systematically violated our Constitution (…) has usurped public functions and has performed actions with foreign governments which have harmed Venezuela’s People,” the Comptroller General said explaining his agency’s decision.

The sanction against the U.S.-backed opposition politician stems from violations of the Organic Law of the Comptroller General, all of which could not be dismissed because the lawmaker refused to justify his income sources. More specifically, it is the consequence of a “fiscal fraud,” that is, the legally unjustified use of more than US$100,000 to fund more than 91 trips inside and outside Venezuela.

In compliance with his public functions, the Venezuelan State Comptroller initiated an audit of Guaido’s financial activities in February. Amoroso’s authority and capabilities are defined by the Organic Law of the Comptroller General and the National System of Fiscal Control, whose Article 78 defines that the state Comptroller may request affidavits of assets from any public official.

The Office of the Comptroller General of the Republic of Venezuela is the institution that monitors and controls the nation’s income, expenses, public goods and assets. According to the lawyer Ana Cristina Bracho, Guaida as a congressman is a public official who has specific functions, rights and prohibitions.

Article 187 of the Constitution of Venezuela states that members of Congress are obliged to perform tasks for the benefit of the Venezuelan people and cannot receive additional income, or hold positions other than their parliamentary functions.

Guaido was out of the country for a total of eight months. So far, however, he has not explained the origin of the money used to finance his international political tour.

Summing up, the U.S.-backed opposition politician has been disqualified from holding public office for the following reasons: