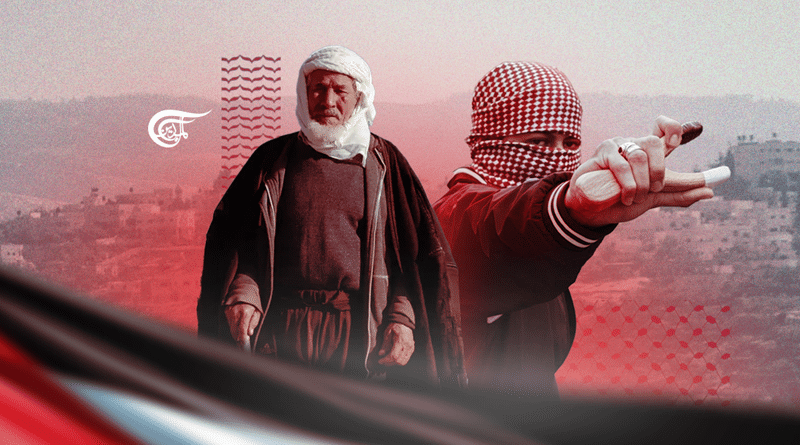 There will be no free and peaceful Arab-Persian world as long as the Israeli colonial Euro-Zionist regime exists.

I. By way of dialogue

1907
ABDALLAH: Mustafa, British colonialism prepared a scientific report (Bannerman), in order to prolong itself as an empire. The report says that the Arab world is an obstacle to the European colonial order, and for this, it is necessary to articulate our disintegration, division, and separation. Imposing politicians to serve imperial interests. To combat any movement of unity, whether intellectual, cultural, ethnic, historical, political, religious, economic, scientific, military, etc. And to achieve this it must be through the establishment of an “agent state”, with a foreign population affectionate to Europe and its interests.

MUSTAPHA: That is absurd, it is impossible to achieve that, and even less so within the Arab idiosyncrasy. It’s ridiculous, it’s nonsense.

1915
ABDALLAH: Mustafa, the French and British colonialists are making a secret agreement called Sykes Pico. Creating borders to divide our Arab lands between them.

1917
ABDALLAH: Mustafa, you remember when in 1907 I told you about the Bannerman Report. British colonialism has just passed The Balfour Declaration. It is for the establishment of a Jewish “Home” here, in our Palestine.

MUSTAFA: Home? It’s a trap and they will never, never achieve it. The Arab spirit will never allow these Europeans to impose colonialism under the mantle of the Jewish religion in our Palestine. Today we must free ourselves from this British colonial yoke and our Palestine will be free.

1947
ABDALLAH: Mustafa, do you remember when in 1917 I told you about the Balfour Declaration? A newly created international organization, I think it’s called the UN, the United Nations. It has voted a resolution for the creation of the “State of Israel” in our Palestine. They gave it 64% of our homeland.

MUSTAFA: I don’t believe that a newly created international organization has that power. It is absurd and impossible.

RELATED CONTENT: Can Palestine Disappear and Then the Arab-Persian World?

May 14, 1948
ABDALLAH: Mustafa my love, I knew your sister was beheaded. The European Zionist movement has proclaimed, The Declaration of the Creation of the “State of Israel”. Terror, panic, macabre killings, this is genocide, Al-Nakba. The British handed over our Palestine to the Jewish Europeans.

MUSTAFA: We will go to war, we will liberate our Palestine. The Arab world will rise up. Long live Arab love.

1967
ABDALLAH: Mustafa, Israeli colonialism in 1948 took away part of our Palestine, and today, they have colonized all of our historic Palestine. And they have also taken territories from Egypt and Syria.

MUSTAFA: We must continue to fight my beloved Abdallah.

1978
ABDALLAH: Mustafa, the dictator of Egypt, Anwar El Sadat, has recognized the colonial regime of “Israel” in exchange for the return of the Egyptian territories in the Sinai that were taken by colonization in 1967.

MUSTAFA: Abdallah, Anwar El Sadat is a traitor and all these Arab dictators are traitors, that’s why they are in power. We must fight and we will win.

1987
ABDALLAH: Mustafa my love…The Intifada…how beautiful and divine is this popular uprising against colonialism. It’s a popular uprising, it has no leaders, it comes from the entrails of the people. It is magical, it is wonderful, it is loving… Mustafa my love. It must not stop, it must go on until victory until the liberation of our Palestine.

1993
ABDALLAH: Mustafa they have stopped the Intifada. The PLO in Oslo recognizes the colonial regime of “Israel”. They talk about two states. They do not talk about the right of return of Palestinian refugees. They only give us 22% of our homeland. It is a hoax, it is a trap.

2000
MUSTAFA: Abdallah, Israeli expansionist colonization has been defeated in Lebanon, it has had to withdraw from Lebanon. This is a victory for our Lebanese people. They withdrew without imposing any conditions. Long live Hezbollah and long live the armed resistance! This is the greatest victory we have achieved.

ABDALLAH: Yes Mustafa, it is a victory, it is the unquenchable faith and determination in the struggle. And thanks to the union, the union between Hezbollah and Iran, we Palestinians, in Oslo, accepted humiliating conditions. Colonialism was supposed to give us 22% of the territory and far from withdrawing, they have taken more of our homeland.

2003
ABDALLAH: Mustafa, the Zionist lobby is asking the United States to invade Iraq, they created the attacks of September 11 to justify this cruel invasion, slandering that Saddam Hussein possesses weapons of mass destruction.

MUSTAFA: It is about dismembering the Arab world bit by bit.

2010
ABDALLAH: Mustafa, there is a popular revolt in Tunisia against the tyrant Ben Ali, that puppet of France. This is going to have a domino effect in the Arab world. Oh, I have fear and hope.

MUSTAFA: Abdallah, remember that the Intifada was popular and then it was hijacked and now we are worse with this Palestinian Authority which is a collaborator of colonialism. We have to be very careful, we cannot be naïve.

2020
ABDALLAH: Mustafa, the Gulf monarchies already shamelessly recognize the colonial “state of Israel”, they do it to perpetuate themselves in power, they are making astronomical economic investments. The shedding of our Palestinian blood is the throne of these macabre Arab traitors. They are falsifying Islam and making it look like the enemy is Iran. These traitors do not see that by defending Palestine they are protecting their own nation, as colonialism will come after for them, they are putting the sovereignty of the Arab peoples at risk. I thought these traitors were smarter.

MUSTAFA: Yes, I also thought these miserable traitors were smarter.

2062
MUSTAFA: Abdallah, our noble cause of Palestinian liberation is no longer in the conscience of the international community, as it once was. Today we are a tourist attraction of the Israeli colonial regime. In Jerusalem we sell Tatriz (embroidery), we dance Dabke, we sell our typical culinary dishes, as typical of the colonial regime of “Israel”. Arabs come from the Gulf and say they are happy to be in “Israel”, in the land of their “cousins”.

Walking through the streets of Damascus, Syria.

– Uncle, uncle, Habibi, good morning, where is the train station? I have to go to Jerusalem for a few days. Then I have to go to Baghdad and Iran. By train, it is cheaper and I will be able to see all those landscapes and villages…

III. Zionism, radiography of the end of the Arab-Persian world. This is impossible, absurd, nonsensical, and ridiculous.

“When the truth is too weak to defend itself, it will have to go on the attack.”

At this stage of the Zionist colonial process, in its advance to put an end to the original Palestinian people, there are two aspects that I want to point out in this article: the return to armed struggle as an alternative for national liberation and the end of “Israel’s” colonial regime.

After the imposition of “Israel’s” colonial regime in Palestine from Europe, which was seen and felt like an impossible, absurd, nonsensical, and ridiculous project from the point of view of logic; today, from logic, the same will be said when it is considered that the Arab-Persian and Kurdish world and culture can be plundered, falsified… modalities of dispossession for its disappearance.

Since the Oslo accords, fewer Palestinians are talking about the liberation of Palestine, about the independence of historic Palestine. Fewer Palestinians are expressing their struggle against the colonial yoke and anachronism of “Israel”. And especially the Palestinians in the Diaspora, because Western repression is so strong. The Palestinians have submitted and are dragging themselves to the Western Euro-Zionist agenda by only debating on one or two states. While colonialism has it clear and is moving to put an end to the original Palestinian people.

There are honest Western souls devoted to solidarity with the Palestinian people, sincere beings, but I am opposed to them, I’m opposed to the ones who demand the right for “Israel” to exist in our historical Palestine. The concept of peace does not come from the comfort, fear, functionalism, immediacy, and naivety of a trade unionist, feminist, academic, intellectual, politician, student, artist, activist. There is implicit colonialism there, even if they act in good faith.

Every native people has the dignified right to abolish their respective colonizer and that is always a contribution to humanity.

As anti-Zionists, we must be a philosophical and moral challenge to the obscurantism of the academic-intellectual priesthood.

I find it degrading, contrary to the spirit of the human thinking verb, to exclude, ban, censor, repress, and silence from the world of debate the end of “Israel’s” colonial regime in Palestine, on the pretext that we must think about peace. One has to be realistic, especially because of the fear of not being accused of anti-Semitism. Everyone has the right to express his or her belief that this colonial regime should exist in Palestine. What should not be accepted is that this point should be banned from the universe of debate.

In the liberation of the Palestinian people against the colonial yoke and anachronism of “Israel”, it is intrinsic to never, ever expel the so-called Israeli, otherwise, it would be a philosophical and moral betrayal. The figure known as an Israeli would become a Palestinian citizen. That is what the statutes of the extinct League of Nations demanded, where thousands of thousands of Jews applied.

If you tell me that this is impossible and that I must be realistic, I say: don’t be creative people with complex and articulate cowards. Let us be able to position justice, to transcend intellectuality.  And as Ernesto Guevara said: Let’s be realistic, let’s do the impossible.