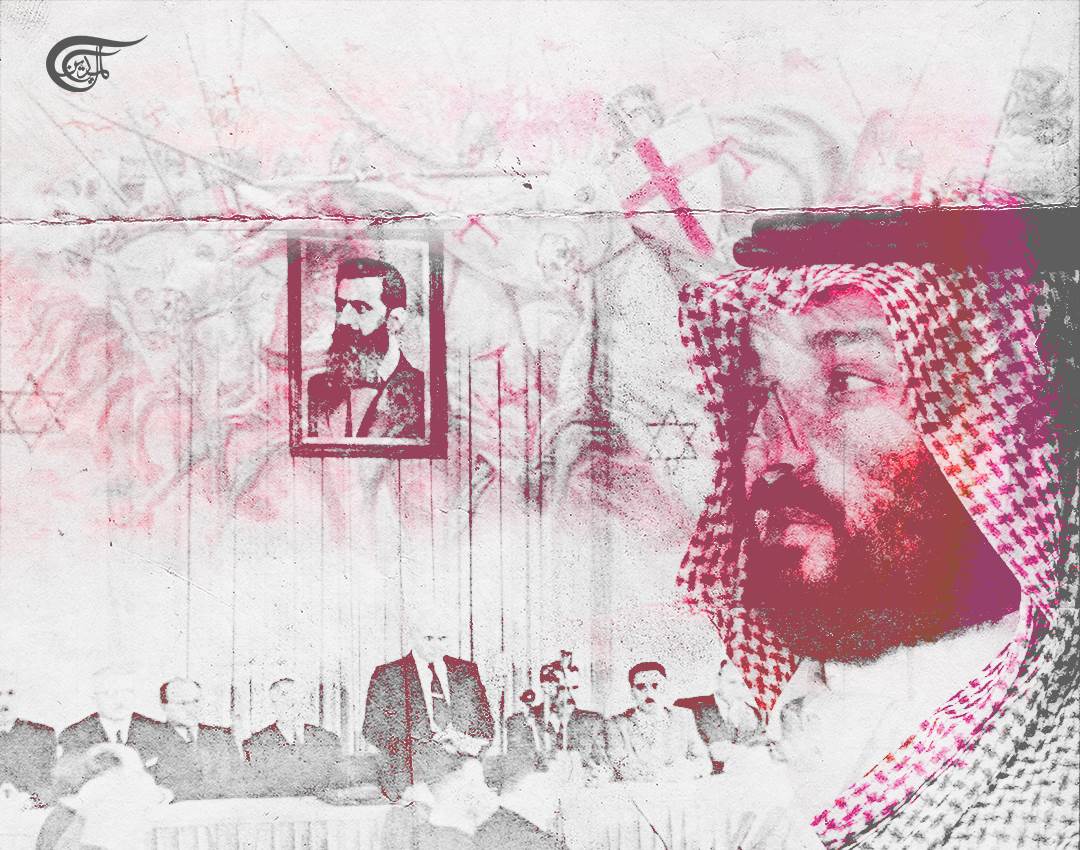 Crusades, Zionism and Saudiism, are burdens of the imperial West.

Europe is not the originator of its own monotheism, that is, its Christianity, nor is it an obligation to practise a monotheism stemming from its own ancestral heritage. This does not make Christians more or less European, but neither does it make them Arabs or Semites. However, this does happen fraudulently in the case of Europeans who have adopted that same Arab monotheism, Jewish religious doctrine, and now call themselves Semites and have thus imposed in Historic Palestine a colonial regime through Zionism since 1948. The one who dominates denominates. However, it must be recalled here that Christian Europe, through its Crusades, had already imposed in 1099 a colonization of Palestine through the Latin Kingdom of Jerusalem.

This is not about making a case and point for Arab chauvinism; rather it is to safeguard, to rescue from the Zionist colonization the historicide, culturicide and memoricide that the Arab-Persian-Kurdish world continues to suffer.

RELATED CONTENT: Interview with the Popular Front for the Liberation of Palestine (PFLP)

The historical ancestry of that which is now subsumed under an Arab ethnic denomination has been mutilated, and reduced to Islam only. Let us remember that no people can maintain its historical chronology (evolution, involution, invasion, revolution) under the same name, the same border, the same religion, and it is not even possible to preserve the same language.

Arab ancestry also created its own polytheistic splendor/horror, in Babylonian polytheism, Canaanite polytheism, etc. The Judeo-Christian-Muslim monotheistic triad or trilogy is not the oldest monotheism in world history. This trilogy is a legacy of the same ethnic civilization, the Semitic, the Arab ancestor. Now, it is not a coincidence that these three religions come from the same ethnic civilization. It is common to hear that they were born there, that it is the cradle of the three religions. The point is that the three religions, in their doctrinal and spiritual crust, have the same root and trunk. Jewish religion is the mother religion of Christianity and Islam. One is the continuation and complementation of the other; they share the same nucleus. This truth has been avoided in our times, and will be avoided in times to come, for political reasons aligned to Western domination. This has been the case not only for the temples, but also has come from the intellectual academic priesthood itself.

Although there exists a secular sentiment, culture, character and spirit in Europe today, Europe seems to exercise secularism in some things and not in others. For example, for the just vindication of the rights of women, it had to get rid of its Christian religious identity and appeal to its secularism. That same secular Europe, however, believes in a Jewish religious nation-state, and nor is it able to see the literal colonial nature of that Jewish religious State. This is happening today, in the twenty-first century.

Today, Europe/the West is ”defined” as Judeo-Christian, although it was precisely Europe that was the great perpetrator of the genocide of Jews and Christians.

Inter-monotheistic killings always existed as well as peaceful coexistence. The greatest massacres of Christians were carried out in Europe by Europeans. Europeans massacring Europeans, the former polytheistic and the latter monotheistic (Christian). Later, Europe converted to the religious doctrine that it had previously prohibited. And that same Christian Europe later segmented its hatred and massacred its own European brothers of the Jewish faith. Likewise, Europeans of Jewish faith carried a hatred and fear of their own European Christian brothers; a millennial Western, not Eastern, Jewish-Christian hatred.

Monotheistic doctrines that were inherited from ethno-Arab culture… let us imagine an intellectual jester holding Arabs responsible for that very European inter-hatred, we will never hear that, for Judeo-Christian Europe does not consider nor recognize its Arab inheritance.

Today Europe is defined as having a ”secular” Judeo-Christian culture, and from its secularism it delights itself before a nation-state of the Jewish religion, in Palestine. This is happening today in the twenty-first century.

Although Europe defines itself as Judeo-Christian and has every right to do so, even if it does not acknowledge it as an Arab contribution, it nevertheless feels contempt and fear towards the Arab.

Featured image: Europe’s monotheism is of Arab origin and is an Arab inheritance, although Judeo-Christian ”secular” Europe refuses to recognize this, and continues to support and conduct massacres of Arabs in the Middle-East. File Photo.