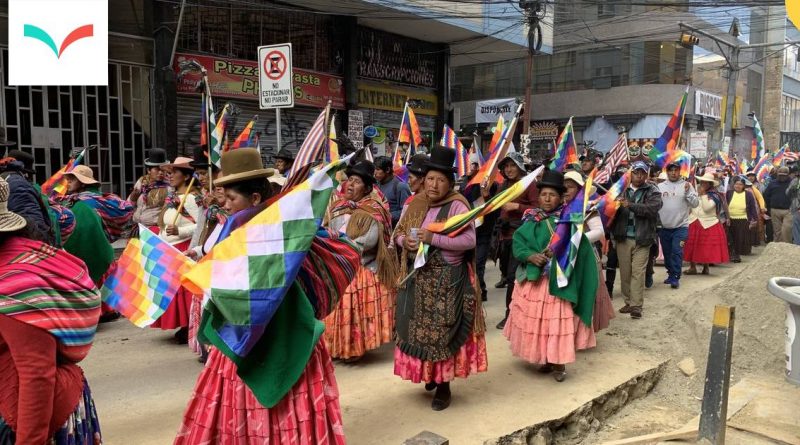 Another Trudeau, another Canadian-backed coup in Latin America

The Trudeau minority government has failed to condemn a coup d’état against a democratically elected progressive leader in Latin America, even as the newly installed regime massacred people in the streets, hunted elected socialist leaders, and expelled accused subversives from the country.

I’m writing, of course, about the Sept. 11, 1973, overthrow of the Allende government in Chile. Despite protests, and repeated NDP motions in Parliament, in the days following the coup, Pierre Trudeau’s government quickly recognized the military junta that became one of the most notorious and murderous dictatorships of the 20th century. (Only after sustained protest did the Liberal government of the day reverse its position of excluding most Chilean refugees, a change in policy that saw thousands fleeing the coup eventually settle here.)

History now repeats itself, and the tragi-farce of Liberal claims to progressive internationalism is exposed again.

Áñez and the right-wing are now moving to fundamentally alter the balance of forces on the ground before allowing any new elections.

Last week’s coup d’état in Bolivia, which forced President Evo Morales into exile in Mexico, saw the installation of self-declared “interim” president Jeanine Áñez, a Christian extremist who has contempt for the country’s secular constitution and is overtly racist towards Bolivia’s Indigenous peoples. Áñez, to take just one example, has referred to the New Year’s celebrations of the Indigenous Aymara nation as “satanic.” She represents a political party whose presidential candidate finished fourth, with less than five per cent of the vote, in the recent elections. Morales’ party has a majority of the representatives in both elected chambers of Bolivia’s legislature.

Despite acknowledging Áñez’s history of anti-Indigenous statements, the Canadian government announced they would support Bolivia’s “interim” regime — on the pretext of helping Áñez in her caretaker role as new elections are organized.

But of course Áñez and the right-wing are now moving to fundamentally alter the balance of forces on the ground before allowing any new elections. And they’re also moving to change the continental balance of forces, reversing alliances and partnerships built up over the past 13 years. They’ve already announced the expulsion of 700 Cuban doctors from Bolivia and cut ties with the government of Venezuela. Needless to say, these are not the actions of a caretaker administration merely overseeing new elections.

Given the narrow base and explicit racism of those who have claimed power, and Bolivia’s history of militant and highly organized union and Indigenous movements, it should come as no surprise that the coup has been met with mass resistance. And the regime, predictably, has responded with mass repression. On Friday at least nine people were killed and over 100 injured in Cochabamba alone.

The massacre came one day after self-proclaimed President Jeanine Áñez issued a decree protecting the military from prosecution for violent acts. Amid this escalating violence and reports of widespread anti-Indigenous racism, protesters are demanding the resignation of Áñez, a right-wing Bolivian legislator who named herself president at a legislative session without quorum last week.

While Trudeau’s Liberal government moved to support the Áñez regime, opposition politicians and groups across Canada have begun to speak out against the coup. NDP leader Jagmeet Singh issued a statement on Twitter denouncing the anti-Indigenous racism of the new regime, while the Canadian Labour Congress and other civil society organizations condemned the coup.

In 2004 in Haiti and 2009 in Honduras, the removal of the elected president was followed by years of repression targeting progressive political forces and social movements.
In addition to lethal violence against those protesting the coup, there are many indications the regime has begun the process of systematically targeting the most popular party in Bolivia and its elected representatives. Áñez has stated that Evo Morales will face arrest if he returns to complete his term of office, even though the majority in the chamber of deputies has not accepted his resignation because it was forced by the military and abetted by paramilitary violence targeting Morales’ family and those of other government ministers. The coup regime is not content just to ban the most popular political figure in the country; it’s targeting his whole party.

This is a dynamic that has played out in recent coup d’états backed by Canadian governments, both Liberal and Conservative. In 2004 in Haiti and 2009 in Honduras, the removal of the elected president was followed by years of repression targeting progressive political forces and social movements. (Far from the mainstream media’s radar, a months-long popular rebellion in Haiti continues to call for the ouster of that country’s corrupt and discredited president.)

As of Monday evening, thousands remained on the streets of La Paz and other cities demanding the restoration of the democratic and constitutional government of Bolivia. Many of the chants note the failure of the international media to cover their opposition to the coup.

Some in Canada have declined to condemn events in Bolivia as a coup, and failed to press the Trudeau government for a reversal of its support for the racist, self-declared interim president. This has in many cases been presented as “nuance,” or as acknowledging wrongdoing on “both sides.” In reality it is a failure to provide the most basic solidarity required, especially from those of us living in a country backing the coup. Just as there were many valid critiques of Aristide in Haiti, or of Zelaya in Honduras, the important and good faith analyses of the contradictions and mistakes of the MAS government in Bolivia must not be weaponized as an excuse not to call a coup a coup. It’s cowardly and just plain wrong to remain silent or neutral in the face of blatant right-wing and revanchist racism, violence, and repression.

While Canada’s Liberal government continues its long ignoble tradition of backing regime change in Latin America, the least we can do here is to speak out and amplify the ongoing resistance.