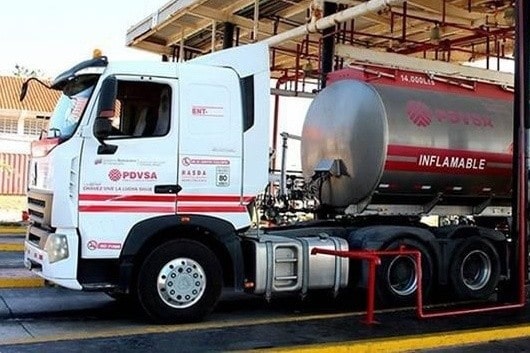 The Minister for Internal Relations, Justice and Peace, Nestor Luis Reverol, reported Tuesday, September 3, about the arrest of 17 public officials, who were engaged in smuggling fuel to Colombia.

The Minister revealed that five workers from the total of those arrested belonged to the National Electric Corporation (Corpoelec), 10 were officials from Petróleos de Venezuela (PDVSA) and two were from the Bolivarian National Guard (GNB).

On the modus operandi to traffic the gasoline, Reverol explained that “the managers of the thermoelectric plant of “La Fria”, in Táchira, requested between 10, 12 and up to 18 daily trucks of fuel for the supposed operation of the plant, from the office of sales in PDVSA San Cristóbal”.

“All the properties and accounts that this criminal organization has that is undermining the stability and peace of the state will be seized,” said the head of the Justice and Peace portfolio.