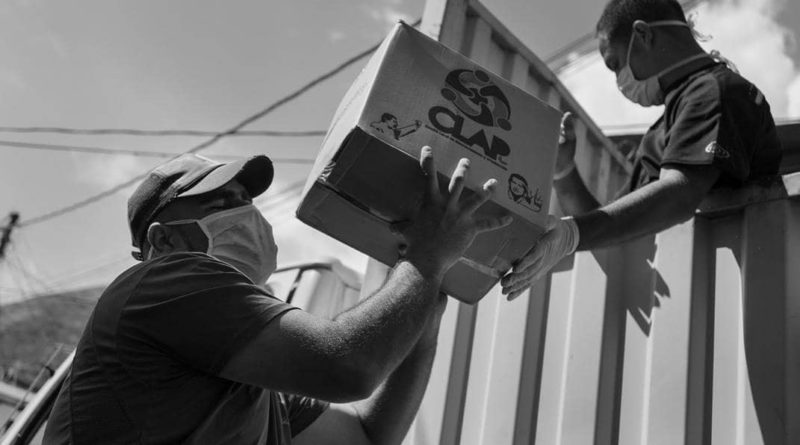 With the violent spread of COVID-19 in all corners of the planet, the defense and response mechanisms of all countries are being tested.

China was a clear example of a monumental mobilization of technological and human resources to attack a virus that had never been seen before.

European governments questioned the radical decisions that had to be made in the People’s Republic to save the lives of thousands and millions of people and ridiculed the health impact of the pandemic.

The United States accompanied the position of the old continent with an additional element: take advantage of the adversity that its main financial rival was going through to activate its propaganda apparatus against China and impose a narrative that would harm it even more. A dose of the “healthy” American competition that we are used to seeing.

Now, both geopolitical actors are prey to the same misfortune that China faced weeks ago, but they have also seen their narrative control undermined during the pandemic, having to go to the extreme of receiving humanitarian aid from the Xi Jinping government.

The ineffectiveness and tragedy are the images that stand out in the cases of Europe and the United States, no matter how much the international media tries to tune the headlines of panic so as not to leave the leaders of the West in such poor standing. All very far from the effort and sacrifice that was made in the “ground zero” of the pandemic, Wuhan, to control the crisis.

This pandemic has revealed, if it was not already sufficiently exposed, the ineffectiveness of neoliberalism to resolve the current and growing demands of world health, in particular, and of human rights, in general.

It was inevitable that the disease knocked on the door of every country in the world, especially since globalization has imposed the rhythm of unquestionably open borders to the trade of transnational industries. In a matter of hours, even the least crowded international airports can receive lots of travelers from dozens of different countries.

Therefore, paying attention to the measures tested by the Xi Jinping government, observed and endorsed by the World Health Organization (WHO), as well as those of South Korea, was vital to define our own Venezuelan strategy in advance.

Chavista measures to mitigate the impact of the pandemic

It did not happen in the so-called “first world”, to the surprise of those who idealize it. It happened in one of the few nations that combat the multiform, permanent and systematic aggression of the United States and its satellites.

Venezuela has designed a pilot plan to manage the Covid-19 crisis, relying on models from Asian countries and the effective results they are having in containing the disease and protecting their populations.

We are still in full swing of the pandemic, so this national design is learning from the peculiarities of the territory, from its political, economic and social organization, to adapt itself along the way.

Nicolás Maduro’s government has the experience of five years of embargoes, blockades and coup conspiracies that have put him to work with minimal resources and with the highest security alert.

To sustain the stability of the country, it constituted new instances of Chavismo nurtured by the disposition of the majority of the Venezuelan population that embraces the state of permanent resistance.

RELATED CONTENT: Tales of Resistance: Love in Times of Coronavirus

The Local Supply and Production Committees (CLAP) and the Carnet de la Patria are expressions of this, instruments that came to complete the spectrum of Chavista organizations such as communal councils and communes. At this juncture, they re-enforce the model of community organization and mutual support that has been fundamental for the survival of Venezuelans in recent years.

The state and the agents of popular power are coordinating to mitigate the economic and social effect of the pandemic, parallel to the health work being carried out to protect the health of the population.

Right now in the United States, families who have decided to confine themselves on their own must be wondering how they are going to pay the bills tomorrow. Working to keep up with mortgages, rent, utilities, risking contracting the virus and then owing debts to hospitals? An internal debate that Venezuelans have not had to resort to.

From the Patria system, the daily allocation of financial aid was reconfigured by the new temporary measure of social quarantine, which makes workers remain in their homes to prevent the massive spread of the new coronavirus.

In addition to guaranteeing the salaries of public sector employees, the Bolivarian government has resources for people who work in the informal sector, identified in the Patria system database. Likewise, it has offered social protection to the workers of the group of small and medium-sized private companies affected by the closure of non-essential commercial activities.

In other latitudes, the combination of rumors, misleading information and incompetence of governments has generated a high level of anxiety among the population, which is responding individually to the crisis, trying to safeguard and protect its circle of select people to the detriment of the rest of their community.

Panic reigns in the great cities of the world and the cultural reference they have to overcome this type of turmoil lies in apocalyptic Hollywood movies, where only the malicious eat and survive.

In such a context, Hollywood, it may sound ridiculous to affirm that it is possible to sustain a model of community work, following the protocols of social distancing, but maintaining networks of trust and solidarity.

This is what Venezuela applies with the production and distribution of food in times of pandemic. In civic-military coordination, Chavismo energizes plans for the reorganization of communities in order to guarantee food during the contingency, without this signifying a break with the national effort to limit social contact to contain the expansion of those infected by Covid -19 in the territory.

CLAPs have provided six million families with food security for four years, although being criminally prosecuted by the United States Department of the Treasury. Now this popular grassroots muscle demonstrates its ability to deal with public emergencies.

But it also pays symptomatic attention to the family groups that are under its coverage.

The Network of Articulation and Sociopolitical Action (RAAS), which is a method of popular organization coordinated by the United Socialist Party of Venezuela (PSUV), is drawing up daily reports on the health conditions of the population in all the localities of the country where the CLAPs and the Bolívar-Chávez Battle Units (UBCH) operate.

This systematization of suspected cases and monitoring of their evolution, carried out by the communities, supports the questionnaire that is answered in the Patria system to guarantee comprehensive care for the pandemic.

Schools also overhauled themselves for the contingency. The School Feeding Program (PAE) is serving not only the nutrition of children living in the area belonging to the educational unit, but also expanded its attention to the elderly and vulnerable adult population that requires it.

The work is managed by cooks, teachers, mothers, community leaders, and militiamen who guarantee that health safety protocols are followed and deliver daily food rations, house by house.

All the aggression the country has gone through has prepared the Venezuelan population and the Bolivarian government to face extraordinary situations like this one. It is not necessary to go out to overflow the shops with nervous purchases to have supplies during the quarantine, because the popular organization, driven by Chavismo, has made articulation within the territory more effective.

Nicolás Maduro has said it on several occasions: “Life will not be the same after the pandemic.” A reflection that may well be used to understand that the global spread of a virus further fueled the systemic crisis of capitalism.

The moribund imperial hegemony of the United States and the multipolar world, of which Venezuela is representative in the Latin American region, are forced by the development of recent events to dispute their historical validity without pretence.

Those states that practice a model that responds to the destructive influence of capital cannot expect to have stability. But the most devastating thing is that they are condemning their societies to the anguish of not knowing how unpleasant the future can become, if we take into account what they are already suffering in the present.

On the other hand, the states that chose the model that protects life over any other aspiration will prevail cohesively over time and will be able to impose a different story than that of the Western powers.

On that side is Venezuela.