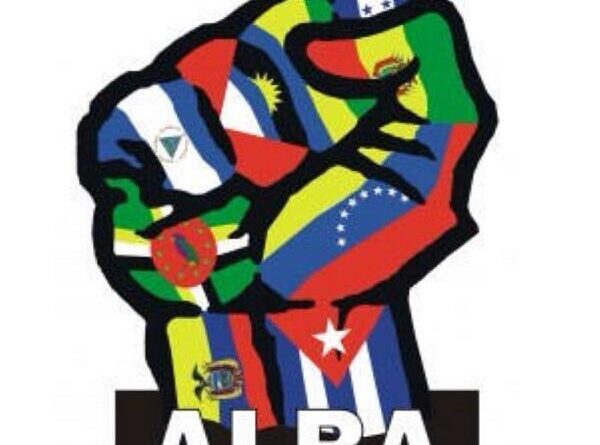 To continue defending and promoting principles based on the sovereignty, cooperation, solidarity and independence of nations, was the common point in the talks given at the XVIII Summit of the Bolivarian Alliance for the Peoples of Our America-People’s Trade Agreement (ALBA-TCP), held this Monday virtually.

The Heads of State and Government of the member countries and other representatives reaffirmed their commitment to continue strengthening this integration mechanism 16 years after ALBA’s founding by Commander in Chief Fidel Castro Ruz and Commander Hugo Chávez Frías.

The debate focused, fundamentally, on the analysis of the regional political situation and the challenges posed by the COVID-19 pandemic, as well as the importance that the reincorporation of Bolivia represents for the bloc. The victory of the Great Patriotic Pole in Venezuela and the re-election of Ralph Gonsalves as Prime Minister of St. Vincent and the Grenadines, as well as the victory of Timothy Harris, who was re-elected Prime Minister of St. Kitts and Nevis, were also reasons to celebrate.

The President of Venezuela, Nicolás Maduro, as moderator of the exchange, explained that the decision to create the ALBA-TCP was made on the basis of founding an anti-neoliberal alternative, emphasizing popular and humanist solidarity, to take on future challenges in articulating cooperation and development of our peoples.

He mentioned that the Foreign Ministries have been working on a set of proposals and documents to generate strength and dynamism the year 2021. “ALBA is a world champion in the defense of just causes, of dignity and of the right of humanity to life, to peace, and to development,” Maduro highlighted.

The President of Nicaragua, Daniel Ortega; the Prime Ministers of Dominica, Saint Vincent and the Grenadines, and Antigua and Barbuda; Roosevelt Skerrit, Ralph Gonsalves and Gaston Browne, respectively, among other representatives, condemned hegemony and advocated multilateralism, while rejecting coercive measures against sovereign nations and the interference of the powerful nations in the internal affairs of developing countries. They thanked the countries of the region and of the world for the support given by Cuba to the struggle against COVID-19, and highlighted the importance of ALBA as a political vanguard and forum to coordinate the courageous and revolutionary positions in the area.

The participants in the meeting celebrated the return of the Plurinational State of Bolivia to the Alliance. The President of that country, Luis Arce, in a video message, said: “We returned to ALBA-TCP and now we reaffirm our commitment to its principles of solidarity, integration, complementarity, mutual respect, justice, equity, respect for cultural diversity and harmony with nature”.

He added that the achievements made in this decade and a half are not few, nor were they easy; however, “our duty is to continue moving forward to achieve the unity of our countries and continue the work of our predecessors”. He added that moving forward today means taking measures that encourage growth and strengthen sovereign and sustainable instruments that have humanity as their central focus. He also highlighted the role of ALBA as an instrument against neoliberalism, submission and exclusion, and that strengthening it is not an option, but an imperative need.

Among the main agreements of the Summit are the reactivation of the Economic Council of ALBA, and of Sucre as a currency of exchange, the activation of the crypto-currencies, the strengthening of Petro Caribe and of the Bank of the organization that occupies spaces of aid and financing of the member states.

Communicational Alba was another of the proposed mechanisms, proposing that, fortnightly and at the level of the Foreign Affairs Ministry, national agendas and common interests be debated. It was proposed that Bolivia coordinate the Social Council of the bloc, with the perspective that, for integration, it is necessary to increase the exchange not only between governments, but also between peoples.

The creation of a Bank of Medicines, mainly of vaccines against SARS-COV-2, was a frequent topic among the representatives of each one of the delegations, and it was decided that Cuba and Venezuela would coordinate this project.

The participants voted unanimously in favor of the former Minister and former Permanent Representative of Bolivia before the United Nations Organization, Sacha Llorenti, to assume the General Secretary of the Alliance. Once elected, he read the declaration of the XVIII ALBA-TCP Summit, in which the ideology of the heroes of Latin American and Caribbean independence was vindicated, “as a historical and cultural memory that links us in an instrument of unity and development of our peoples”, and the organization was declared to be in consultation and permanent activity.