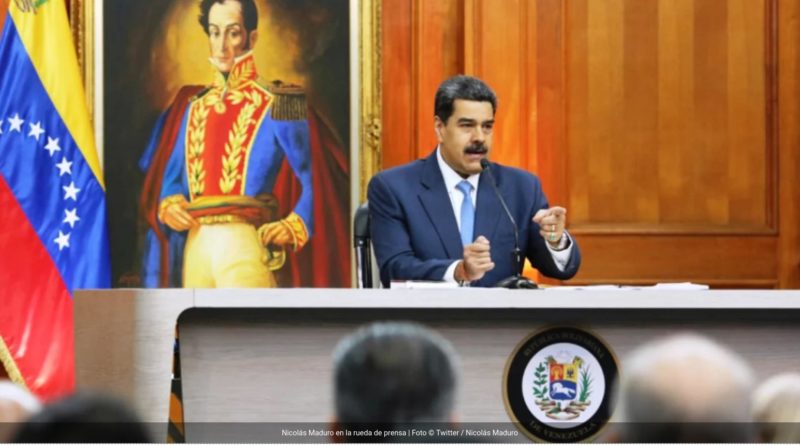 The Head of State insisted on maintaining an open and “sincere” dialogue with the president of the United States.

President Nicolás Maduro said Friday, February 14, that he expects the International Criminal Court (CIP) to decide in favor of the Venezuelan people in relation to the lawsuit “against US coercive measures.”

The President offered a press conference with international journalists to address the lawsuit introduced in The Hague by Minister Jorge Arreaza on Thursday.

Maduro said that it has been a necessary step to demand justice for crimes against humanity committed by the United States, by preventing Venezuelans from buying food, medicine and negotiating freely in the world.

“Venezuela has persecuted, frozen, unused, all the international accounts that were used for the purchase of medical supplies, food, and medicines, and all this violates international law,” he said.

He said that the country “will provide national and international witnesses and evidence to bring the truth to this high international court and expose the whole world to the torture they have caused to the Venezuelan people from 2014 to the present day. We hope that the ICC acts in favor of the rights of Venezuelans.”

At the press conference, Maduro was asked why he has not apprehended the deputy Juan Guaidó, self-proclaimed “president in charge” of Venezuela, despite breaking, on two occasions, the ban on leaving the country.

He replied: “The day that the courts of the Republic give the order to detain Mr. Juan Guaidó for all the crimes he has committed, that day Guaidó goes to jail, be assured. That day has not arrived, but it will come.”

They also asked him about the detention of Juan Márquez, uncle of Guaidó, and he replied: “That is a problem of Venezuelan justice, ask the attorney general, I have nothing more to say.”

“Dialogue is the way”

The head of state insisted on maintaining an open and “sincere” dialogue with the president of the United States.

“The best way to resolve this conflict (Donald Trump) is to speak. But he has to do it with whoever holds the reins of Venezuela, ”said Maduro.

“The day you, Mr. Donald Trump, wants to change the erratic direction that Obama left you, we are here ready for dialogue, conversation and understanding,” he said.

He said he is in communication with a group of countries to promote national dialogue with the opposition.

“It is public that we have proposed to the Argentine government to participate in a set of actions for the national dialogue of Venezuela. We have made other governments participants. Those of Spain, Mexico, Panama. For a group countries friendly to Venezuela. An inclusive and sovereign dialogue for Venezuela to agree on strengthening democracy,” he said in his speech.

On the president of Colombia, Iván Duque, Maduro said, continues with his “policy of training mercenaries, with deserters, terrorists to destabilize Venezuela and provoke a war. We are prepared to stop those groups.”

“I ratify my proposal to all Colombia to regularize and restore political and diplomatic channels, based on respect. I am prepared to take that step. We will always have differences, but Colombia has to rectify its position towards this government,” he said.

He reiterated the mobilization in the next days of the Military Exercises Bolivarian Shield 2020 to defend the entire homeland. “We are going to mobilize 2,370, 430 fighters,” he said.