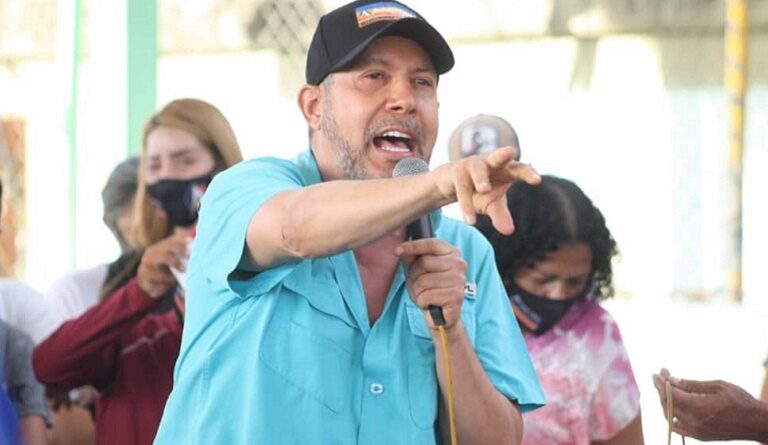 “There is no possibility in violence or war, the real possibility is a peaceful, democratic exit, where the vote prevails as an instrument of real change,” added the former governor of Lara at the start of the campaign.

The leader of the Avanzada Progresista (AP) party, Henri Falcón, led the beginning of the campaign of the candidates of the anti-Chavista Democratic Alliance in the state of Lara, where he highlighted the importance of participating in this electoral process, which he said “will allow the beginning of the process of reinstitutionalization of the Venezuelan State.”

During his speech delivered in an event held in the city of Barquisimeto, he asked the candidates of the parties that make up the Democratic Alliance, to kick the barrios to mobilize the vote and guarantee the triumph of this coalition made up of Accion Democratica (AD), Avanzada Progresista (AP), El Cambio, Cambiemos and Copei.

“We must work tirelessly, but without lying to ourselves like extremism does. Let’s do the work in the barrios, telling the people the truth, let’s not tell them things that will not materialize in the end,” he urged while ensuring that this is the best strategy to” motivate Venezuelans who cry out for a political change to recover the economy and the mismanagement of Nicolas Maduro.

He stressed that this electoral process is part of the work of accumulating forces to face the upcoming electoral processes scheduled for 2021, such as the election of governors and mayors.

Extremists will be punished
Falcón took the opportunity to question opposition extremism that advocates for electoral abstention and promotes sanctions against the country as a political strategy to achieve its ambitions for power.

“Those who advocate a military intervention are a crazy party, in no country in the world has war been a solution, that is a hoax,” he said, and stated that “many of those who are asking for these sanctions are in Washington, Bogotá and Madrid, drinking Scotch.

“Those do not deserve forgiveness and at some point history will punish those who ask for economic sanctions against Venezuela (…) those are more than bandits, those are true criminals, that is why we are going to demonstrate to them and their party of fantasies in the barrio, in the middle class and in the upper class that change will only come through the vote and through the commitment to democracy,” he said.

The AP leader recalled that the strategy promoted by extremism in the last 7 years has been marked by failure.

“Let’s review those magical proposals of the exit in 2014 and everything that came after, let’s see what those dream sellers have proposed, they have left us only failure and frustration, leading us to the most terrifying crisis of the last 100 years. To all the parties that participate and to some G4 leaders who are afraid to step forward because they persecute them, attack them, but they are clear that the only way out of the situation of chaos is this (elections), the rest is fantasy, no there is not a possibility of war or violence, the change must be through the real democratic process,” he stressed.

This Tuesday the electoral campaign began for the upcoming elections of the National Assembly, which will be held on December 6 and where more than 107 political parties and 14,000 candidates compete.