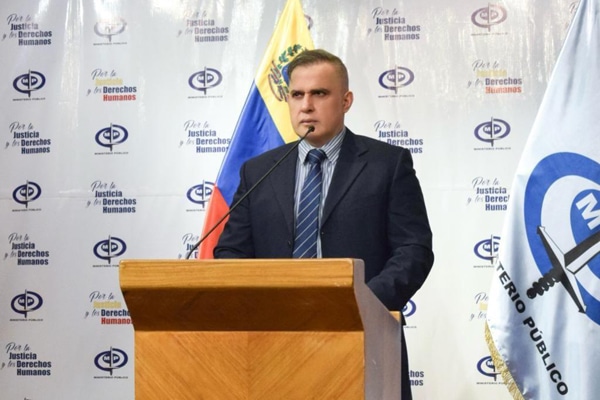 The Public Ministry has recorded 97 arrests of citizens linked to acts of corruption at gasoline stations, for appropriation or irregular sale of gasoline. 58 are private individuals and 39 members of the Bolivarian National Guard, reported the attorney general of Venezuela, Tarek William Saab. He specified that out of 97 detainees, 70 are deprived of liberty and 27 have precautionary measures substitute for deprivation of liberty. He also released information about the DirecTV case.

“It is important to highlight that, in accordance with article 3 of the Anti-Corruption Law, the administrators, operators, security guards and other gas station personnel, despite not being public officials, exercise a public function,” he said.

The attorney general reported that the administrator and some operators of the Palotal gas station, in the state of Zulia, jointly with outside individuals, dedicated themselves to request money in order to grant line privileges in the supply of fuel.

“For these events, 13 people were arrested, including four individuals in the exercise of temporary public functions. The crimes which they committed are corruption, aggravated contraband, improper acquisition of goods and services, and association to commit crimes,” he explained.

Three DirecTV Venezuela executives charged for scam and boycott
Saab also reported that on June 5, three executives of the company Galaxy Entertainment from Venezuela were detained by the Bolivarian National Intelligence Service (Sebin), and they were charged by the Public Ministry with the alleged co-authorship in the commission of the crimes of aggravated fraud, boycott, destabilization of the economy and association to commit crimes, after the cessation of operations of DirecTV in Venezuela.

“It should be noted that Héctor José Rivero Olivares, in his capacity as general manager of the aforementioned company, formalized the sale of 25 motor vehicles belonging to Directv Venezuela at the end of 2019. This constitutes one of the indications that since then they were preparing the cessation of operations,” he said.

Likewise, he mentioned that these citizens violated article 15, numeral 10, of the Organic Telecommunications Law; it establishes the obligation of telecommunications operators to provide services in states of emergency, as it was decreed in mid-March in the country by the Covid-19 pandemic.

“In this, the existence of moral damage to the community is presumed, since the suspension of such service created uncertainty and anxiety, causing the violation of collective and diffuse constitutional rights,” he said referring to the approximately 10 million Venezuelans affected by this arbitrary decision connected to US sanctions.