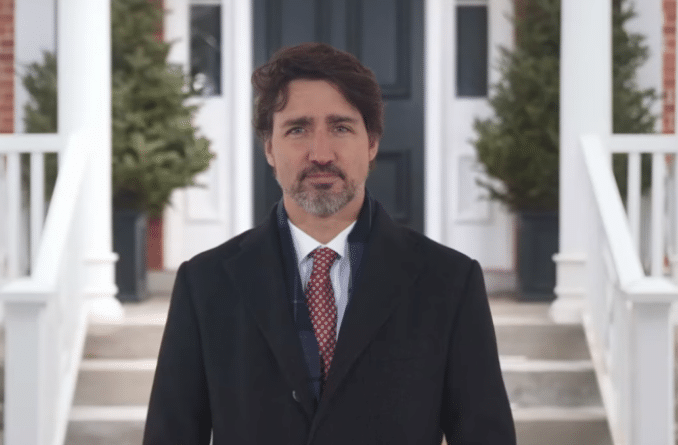 The full statement is available on the government website and contains many simplistic platitudes that conceal too many ugly realities. Without deconstructing all of it there are some salient points that do stand out.

RELATED CONTENT: On the Politics of Victory and Defeat: How Gaza Dethroned the King of Israel

The first is that “Canada and Israel are close friends bound together by shared democratic values”, in actuality a true statement, as neither country is truly democratic:

• Both are colonial settler establishments
• Both are apartheid societies
• Both use militarized force to maintain control of indigenous populations.
• Both are members/participants in the US empire, although for Israel it is more of a manipulated convenience, and for Canada it is simple sycophancy and a pretence at global greatness.
• Both attempt to overthrow other legally established governments, with Canada doing so more expansively around the empire (Venezuela, Haiti, Ukraine, Libya, Syria et al) while Israel stays with neighbouring states (sort of—to wit Iran).
• Both kill Arabs:  Israel quite directly with Naftali Bennett bragging about it, while Canada does it more discreetly through military trade with Saudi  Arabia and support of the US empire in general.
• Neither country has a truly democratic electoral system, with the power residing in the corporations and political managers rather than the demos, the people.
• Both take indigenous children from their families: Canada formerly through the churches and school system, now through the foster care system;  Israel does it through militarized abductions, imprisonment, and torture (which is sort of like Canada’s church schools were like, with the verified dimension of murder).

Chances are I could go on, but the significant lack of truly “democratic” actions is obvious and common to both countries.

Trudeau goes on to say Canada has joined efforts in “combatting anti-semitism in all its forms”.  Well and good but that includes support for the vaguely worded and poor exemplar of what antisemitism actually is within the IHRA definition (and it is not criticism of actions against international law and humanitarian law as practiced by Israel).

Canada has a formal policy statement—though not a law—supporting the IHRA definition in the House of Commons. What Canada’s politicians ignore comes from recent polls showing that a large majority of Canadian citizens do not support Israeli actions and do not support the government’s positions on Israel/Palestine. Canada’s government also opposes the BDS  movement, a peaceful resistance idea that acknowledges the apartheid nature of the state. Ironically, Canada is all for BDS when it comes to its US partner’s great dislikes.

Next, “Canada remains steadfast in its commitment to a two-state solution, with Israelis and Palestinians living in peace, security, and dignity.” Sounds great, but it is an impossibility and Trudeau and his cohorts wilful ignorance on this topic simply demonstrates how little he cares for Palestine and peace, security, and dignity. The Oslo Accords, the Roadmap to Peace, the two state solution is dead.

Israel is quite happy to play along as it has given and will give them plenty of time to build and expand settlements that already prevent any contiguous viable Palestinian state. Trudeau is not alone in this as all political parties officially support the two state solution, although the NDP have shifted to a position of criticism of Israel’s most recent actions and attacks on Sheikh Jarrah, the al-Aqsa mosque, and Gaza.

With a final thank you to Netanyahu Trudeau ends with “Canada and Israel achieved a great deal together.” Wow, oh so true, this implicates Canada in Israel’s war crimes and humanitarian crimes, while providing the linguistic obfuscation to make it sound all so wonderful. Not such strange bedfellows.

Jim Miles is a Canadian educator and a regular contributor/columnist of opinion pieces and book reviews to The Palestine Chronicle. His interest in this topic stems originally from an environmental perspective, which encompasses the militarization and economic subjugation of the global community and its commodification by corporate governance and by the American government.