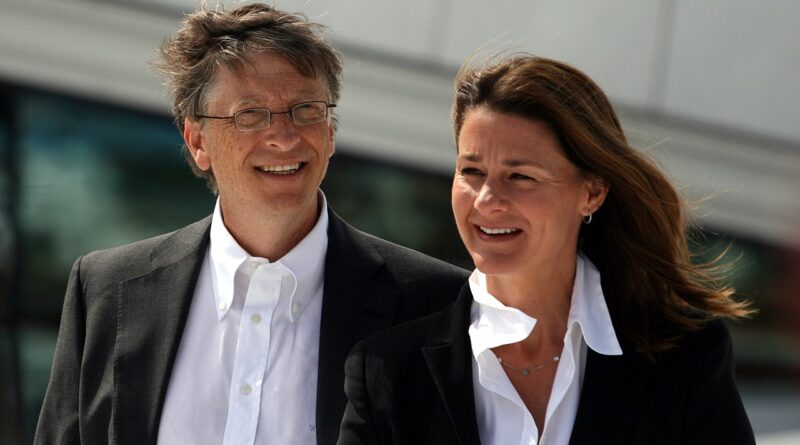 The Bill and Melinda Gates Foundation promised Africa a “Green Revolution” to fight hunger and poverty. It hasn’t worked — but it has upped corporate agriculture’s profits. Local farmers are being left empty-handed, and hunger is rising.

Over the last five years, the number of people around the world suffering from hunger has been on the rise. Against this backdrop, a decades-old debate continues to rage, asking which agricultural approaches can provide everyone with sufficient healthy food.

One simplistic answer comes from governments in the Global North (and so, too, some in the Global South). They claim that international agribusiness could end global hunger if only it had the means to do so, boosting agricultural productivity through the use of pesticides, hybrid seeds, and other external inputs.

But many social movements, experts, and NGOs disagree. They insist that hunger isn’t a problem of production — rather, it’s rooted in the unequal distribution of power resources and control over agricultural inputs such as land and seeds.

Agribusiness’s narrative nevertheless continues to be influential. It determines policy much more than the demands put forward by small farmers and their advocates ever do. Governments in the Global South, especially in Africa, are regularly pressured to modify their agricultural sectors with new laws or projects that favor international agribusiness. And in Africa, there’s a particularly prominent initiative driving corporate agriculture’s agenda — Bill Gates’s Alliance for a Green Revolution in Africa (AGRA).

AGRA was established in 2006 by the Bill and Melinda Gates Foundation and the Rockefeller Foundation. Deploying high-yield commercial seeds, synthetic fertilizers, and pesticides as its main weapons, the program is meant to help Africa unleash its own Green Revolution in agriculture to fight hunger and poverty. At least, that’s the promise.

Upon its foundation, AGRA set out to double the agricultural yields and incomes of thirty million smallholder households, thereby halving both hunger and poverty in twenty African countries by 2020. To achieve this, the “alliance” funds various projects and lobbies African governments to implement structural changes that would set the stage for its “Green Revolution.” Since its foundation, AGRA has received contributions of about $1 billion, mainly from the Bill and Melinda Gates Foundation. Large grants have also come from the United States, Great Britain, Germany, and other countries.

From these donations, AGRA has awarded grants of more than $500 million across the continent. African governments support AGRA’s goals with public funds through so-called farm input subsidy programs (FISPs), with which farmers are expected to purchase the seeds — mostly hybrid — and synthetic fertilizers promoted by AGRA. The state subsidies for small farms provide an incentive to introduce the bundle of farming technologies AGRA counts as part of its Green Revolution. FISPs have been introduced on a significant scale in ten of AGRA’s thirteen “focus countries” including Ethiopia, Kenya, Mali, Rwanda, Zambia, and Tanzania.

But fourteen years after AGRA was founded, it’s safe to say that the initiative has failed to meet its goals. Rather than combat hunger and poverty, hunger has actually increased by 30 percent in the AGRA focus countries — meaning that thirty million more people are suffering from it than when AGRA started. By 2018, agricultural yields in the focus countries had increased by only 18 percent, as opposed to the 100 percent AGRA promised. In the period before AGRA, yields in these countries had grown by 17 percent. The increases in yields with and without AGRA were therefore almost identical.

AGRA’s results are devastating for small-scale farmers. Most AGRA projects primarily entail selling them expensive inputs such as hybrid seeds and synthetic fertilizers via agrochemical companies. These inputs are extremely costly and thus drastically increase farmers’ risk of falling into indebtedness. Examples from Tanzania show that small-scale farmers have not been able to repay seed and fertilizer debts directly after the harvest, even forcing some to sell their livestock.

The AGRA formula — “doubled yields equal doubled incomes” — simply does not pan out in practice. In the AGRA model, any short-term increases in yield have to be bought at great expense with seeds, fertilizer, and often pesticides — an arrangement that only boosts the incomes of seed and fertilizer companies.

Moreover, freedom of choice is restricted: in AGRA projects in Kenya, small-scale farmers are not allowed to decide for themselves which corn seed they plant and which fertilizers and pesticides they use on their fields. The managers of AGRA projects assume that participating agrochemical companies make the best decisions for the farmers. AGRA’s focus is on a few food crops such as corn or soy, causing traditional nutrient-rich foods to be neglected and even displaced.

Statistics for the thirteen AGRA focus countries show that production of cereals has fallen by 21 percent since the initiative was launched. A yield decline of 7 percent was recorded for root and tuber crops. All in all, AGRA reduces the diversity in farmers’ fields and thus also the variety of seeds being used. This development in turn makes agriculture even more vulnerable to the consequences of the climate crisis.

AGRA’s current strategy describes “policy and advocacy” as its first field of activity. Its primary goal is to actively promote policies that open the door to high-yield seeds, synthetic fertilizers, and other Green Revolution inputs. This prevents support for alternative approaches such as agroecology.

AGRA funded the establishment of a fertilizer and agribusiness lobby known as the African Fertilizer and Agribusiness Partnership (AFAP) to the tune of $25 million. It represents the interests of the fertilizer industry vis-à-vis African governments and donor organizations. In Ghana, Mozambique, and Tanzania, for example, AFAP wants to increase fertilizer use by 100 percent. AFAP’s partners include Louis Dreyfus Company, one of the world’s largest grain traders, and International Raw Materials (IRM), a major US fertilizer distributor. The links between AGRA and AFAP are also close: the president of AGRA is also a member of AFAP’s board of directors.

High on AGRA’s political agenda has always been the suppression of local farmers’ seed — and the reconfiguration of national and regional regulations to suit commercial seed companies. Together with the African Regional Intellectual Property Organization (ARIPO), AGRA has coordinated and supported seed policy reforms in several countries such as Burkina Faso, Ghana, Nigeria, and Tanzania.

Such changes have brought African countries into the 1991 Convention of the International Union for the Protection of New Varieties of Plants, known as “UPOV 91.” It guarantees breeders’ rights to new seed varieties and establishes intellectual property rights over seeds. The result: a framework was created to privatize plant genetic resources and thus generate profits.

AGRA also signed a formal memorandum of understanding with the Economic Community of West African States (ECOWAS) in 2017. Here, too, seed legislation is to be adapted to UPOV 91. Yet the criteria for UPOV admission are often beyond the reach of small-scale producers. Seed that does not meet the so-called DUS criteria for seeds’ Distinctness (D), Uniformity (U), and Stability (S) cannot be protected by the UPOV system, and nor can it be included in the variety registers required by ECOWAS. This means that these seeds cannot be traded on formal markets. The effect is to restrict farmers’ right to store, exchange, and sell the seed they save from cultivating their own farms. At the same time, these rules strengthen corporate seed. In the worst case, farmers’ own seeds are criminalized — despite the fact that they remain the main source of seed across Africa.

This hasn’t been without resistance. African movements such as the Coalition for the Protection of African Genetic Heritage (COPAGEN) and many others have opposed AGRA from the outset, arguing that AGRA and other Green Revolution initiatives neglect the needs and rights of the small-scale producers who produce most of our food worldwide.

Agricultural movements across Africa are calling for a phasing out of AGRA in favor of greater support for agroecology, an agricultural practice originating in the Global South and pursued by millions of farmers around the world.

Agroecology is both a sound science as well as a social movement that stands up for the rights of farmers and rejects a purely capitalist approach to agriculture. Agroecology offers small-scale farmers the kind of innovation they need: an agriculture that makes conscious use of nature and natural processes to promote the kinds of soil-building practices that become impossible when Green Revolution technologies are used.

These practices are characterized, for example, by the cultivation of several food crops in the same field. Compost, manure, mulch, legumes, and organic fertilizers — instead of synthetic fertilizers based on fossil fuels — are used to fertilize the fields. Ecological pest control reduces the use of pesticides. Researchers work with farmers to improve their farm seeds rather than replace them with commercial hybrid seeds that have to be repurchased every year and also force them to treat the plants in their fields with synthetic fertilizers to achieve sufficient yields.

But corporate power is putting up enormous resistance to any and all alternatives to AGRA. The interests and spheres of influence of the agribusinesses that profit from the status quo are huge. Alternatives that strengthen agroecology and farmers’ rights, reduce the use of pesticides or synthetic fertilizers, or promote farm seeds come into direct conflict with the interests of capital. Too often, governments in the Global North see themselves as representatives or ambassadors of “their” corporations. Nevertheless, the alternatives to AGRA are there — now is the time to fight for their realization.