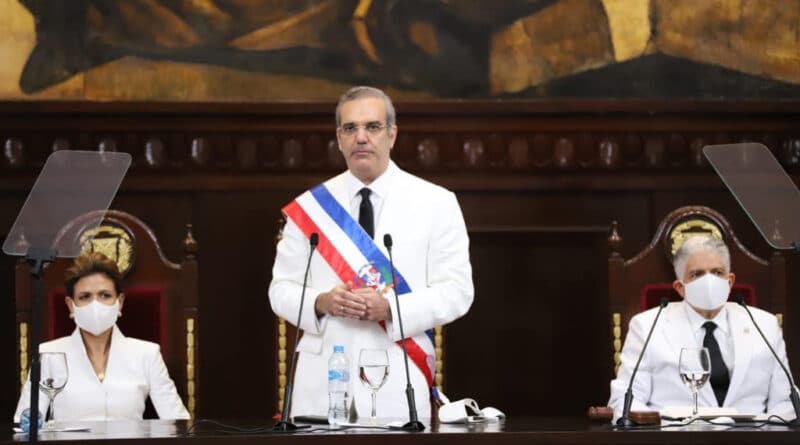 Venezuelans who live without proper documentation in the Dominican Republic will not receive the COVID-19 vaccine processed by the Caribbean country, announced president Luis Abinader.

According to international agencies, the Dominican president stated that in the case of legal Haitian and Venezuelan migrants in the territory, World Health Organization (WHO) will be requested to manage the drug, because the responsibility of the nation is to Dominican citizens.

He said that with the batch of vaccines purchased by the government through the Health Cabinet, 70 percent of inhabitants will be immunized in a period of six months.

Abinader reported that they estimate to have about 2,500 doses of the vaccine—produced by the US pharmaceutical company Pfizer—this month, which will arrive under an “emergency dispatch” intended primarily for doctors and population at risk.

He added that they are conducting proceedings with Turkey to get another emergency shipment of the Sputnik V vaccine.

Colombia will not vaccinate Venezuelan migrants in irregular migratory situation either

In mid-December, the president of Colombia, Iván Duque took a similar position when he stated that Venezuelans residing in Colombia who don’t have dual citizenship or a legal immigration status would not be able to benefit from the COVID-19 vaccination program.

During an interview on the Blu Radio station, Duque argued that the priority in the immunization plan was for Colombians. These comments led to a wave of local and international criticism.

This Tuesday, the Colombian president asked the international community for money to—supposedly—include Venezuelans in the immunization plan.

Venezuela, with a significant migrants from Colombia, Dominican Republic, Peru, and Ecuador, has stressed via its authorities that it will not discriminate during the mass vaccination campaign scheduled for April. Venezuelan authorities confirmed that health care treatment for COVID-19 patients, and mass vaccination provided by the Venezuelan government, will be administered free of charge, because they consider health to be a human right.