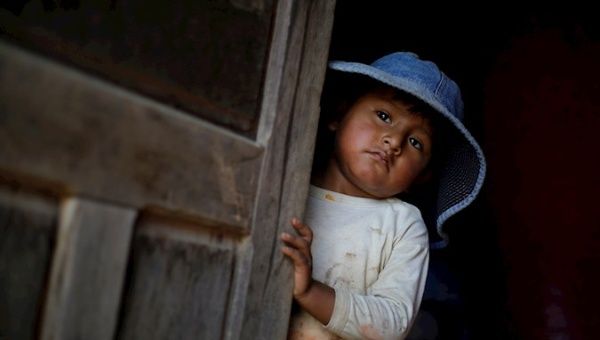 In most of these places, Cuban doctors offered their services by virtue of cooperation agreements signed during the Evo Morales administration. However, all Cuban personnel was forced to leave this Andean-Amazonian country amid harassment by coup sectors.

Many Bolivian families in remote communities and populous cities like El Alto today do not have access to physicians and health personnel, whose presence was reduced or eliminated after the coup d’état against Evo Morales.

In most of these places, Cuban doctors offered their services by virtue of cooperation agreements signed during the Evo Morales administration. However, all Cuban personnel was forced to leave this Andean-Amazonian country amid harassment by coup sectors.

In that context, Foreign Minister Bruno Rodriguez denounced that a vehicle of the U.S. Embassy with registration plate 28-CD-17 took part in the Bolivian police operation that resulted in the arrest of Cuban doctors on Enrique Herzog Avenue, Achumany, South Zone, La Paz.

‘US Embassy participates in the instigation of violence against Cuban doctors,’ Rodriguez denounced on Twitter at the time.

After the departure of Cuban doctors from this nation, de facto authorities started a campaign to question and discredit the number of Cuban personnel and their professionalism.

‘Coup authorities in charge of healthcare in Bolivia are lying: Cuban medical professionals worked there in 35 comprehensive community hospitals, 119 doctor’s offices and 5 ophthalmology centers,’ Cuban Health Minister Jose Angel Portal publicly explained on his Twitter account on October 29. He pointed out that 406 were physicians and 258 nurses, imaging and electromedical specialists.

Last week, an Argentinian delegation that gathered information on human rights violations in the context of the coup in Bolivia assured that many Bolivians, especially in El Alto, do not have access to medical services.

The delegation even warned that some health institutions are demanding payment for supplies and healthcare from relatives of injured people, eventually deceased, in the context of the repression by the Armed and State Security Forces, following the orders of the de facto government.

The Cuban Medical Brigade worked for 13 years in several regions of Bolivia, where it saved tens of thousands of lives and returned or improved the sight of nearly 700,000 people, both local and foreign. The cooperation was the outcome of an agreement signed in 2005 by former President Evo Morales and the historical leader of the Cuban Revolution Fidel Castro, which included, besides the sending of the medical contingent, the granting of 5,000 scholarships to young Bolivians to study Medicine in Cuba.

The boost to the ophthalmology program Mision Milagro (Miracle Mission) is another outcome of this medical collaboration.