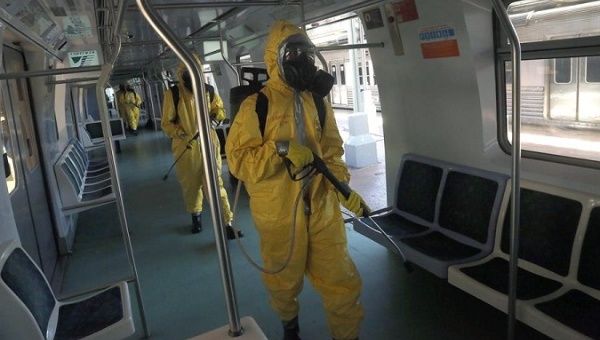 The Supreme Court has barred threats from the far-right President to end health measures taken by subnational governments.

“It should be noted that the discretionary nature of the measures taken by the President of the Republic, as well as any eventual omission, is subject to judicial control, since it is linked to the constitutional rule, which requires that the authorities obey the law and, especially, respect the effectiveness of fundamental rights,” De Moraes stated.

The decision makes up a new and forceful legal obstacle to an eventual attempt by the far-right president to disregard the quarantines that most of the Brazilian states and municipalities have imposed on the population.

#Brazil🇧🇷: President @jairbolsonaro and his followers have been accused of continuing to attack journalists in the midst of the #COVID19 pandemic. We and the @FENAJ condemn the systematic targeting of media workers in Brazilhttps://t.co/8nOE5QUURt

Since the beginning of the pandemic, the former captain Bolsonaro has been despising the gravity of COVID-19.

Besides not accepting the recommendations and warnings given by the World Health Organization (WHO), he believes that only the old and vulnerable people should quarantine because business must continue in operation.

At the moment, Brazil registers 17,857 people infected and 941 deaths, which makes this country the most affected one in South America