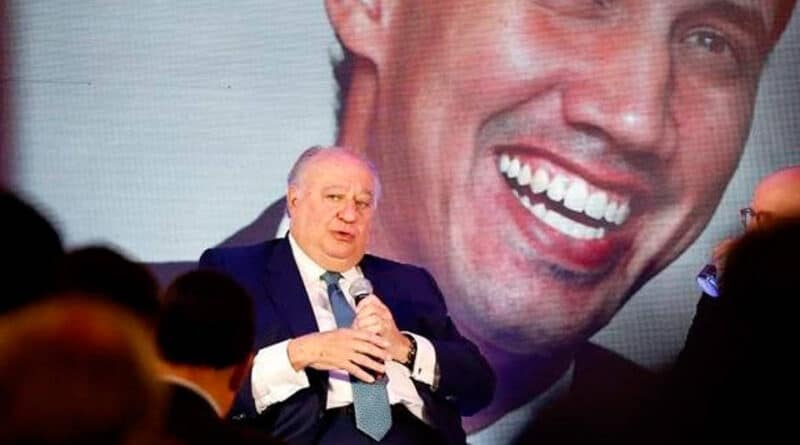 Humberto Calderon Berti, former Venezuelan “ambassador” to Colombia illegally appointed by Juan Guaidó, made new and controversial statements in a recent interview, calling for an end to the G4 monopoly, which reveals, among other things, the internal contradictions within the hard-right opposition platform. G4 is the group of hardcore extreme-right political parties of Venezuela that have supported the failed US “Guaido project,” and comprises the parties Popular Will, Democratic Action, Un Nuevo Tiempo, and Justice First.

Berti is known for making public the theft of “humanitarian aid” money in 2019, a scandal that compromised the credibility of Juan Guaidó and the political organizations that support him. Now he justifies the “interim government” by blaming the errors on supposed lack of experience, bad decisions, and the monopoly exercised by these political parties.

“There was a distribution among the leaders of the G4 parties to take over not only executive positions, but also the managerial ones,” said Calderon Berti. “The results are for all to see: a resounding failure. The main problem in all this was that there was a group that became a part of the management of the State… they had no experience in the management of public affairs. The Assembly was to legislate, to control; not to manage.”

In the interview with news website Politiks, Berti denied the weakening of Juan Guaidó after the “resignation” of Julio Borges. However, he called the former deputy from La Guaira as a necessary evil for the Venezuelan opposition, stating that he is the “only thing that they have left.”

On the other hand, Calderon Berti left open the proposal for the renewal of the opposition leadership, based on the “validity” of the transition statute, an unconstitutional document that tries to justify and protect the “interim government,” which establishes—after an amendment—the end of the “interim presidency” of Juan Guaidó in January 2022.

“Now, what we Venezuelans have left is Guaidó,” remarked Calderon Berti. “The reasonable thing would be that there must be a different interim government starting from January. It cannot be that G4 has a monopoly of power in Venezuela.”

Faced with the imminent collapse of the entire organization devised to destroy the government of President Nicolás Maduro, Calderon Berti proposed the restructuring of the “interim government,” positioning himself as the most capable option to execute important matters. This is an attempt to rejoin the democratic and constitutionsl structure of Venezuela that three years ago he had called corrupt and treacherous.