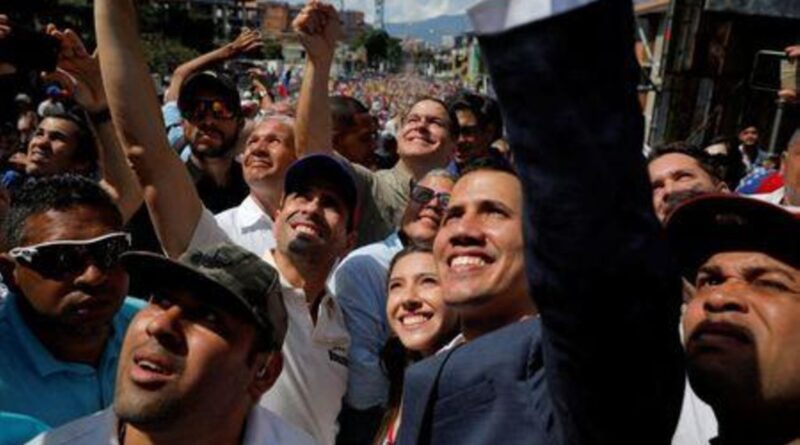 “People did not go to vote because they are fed up with Maduro, with you and with me. There is exhaustion and that is not good,” he told the BBC.

The two-time Venezuelan opposition presidential candidate Henrique Capriles said that the elected president of the United States, Joe Biden, must understand that the Venezuelan interim government plan has been “exhausted” and can’t continue, according to an interview released this Wednesday, December 9 by the BBC.

In the United States, “the new Administration must understand that this plan has been exhausted and that they cannot continue pushing the status quo: the interim presidency,” Capriles said in the interview.

Guaidó is recognized as the country’s leader by some countries, especially those pushed by the United States, which considers that the re-election of President Nicolás Maduro in 2018 a fraud. Nevertheless the country is still ruled by Maduro’s PSUV party.

The PSUV received a majority of votes in the parliamentary elections held last Sunday, in which some opposition parties did not participate, arguing—without elaborating many details—that they hadn’t received adequate guarantees. The five-year period of the current National Assembly ends on January 5, 2021, when the new deputies of the ruling party will take office.

In a critical tone, Capriles said “in Venezuela we must seek a change of government. How? I do not propose a new path, but rather open paths. We cannot be narrators of the tragedy.

“In Venezuela there is hunger. People did not go to vote because they are fed up with Maduro, with you and with me. There is exhaustion and that is not good. Paths must be opened not by promising fantasies, but by speaking to people with the truth, with a credible route. Getting the vote back is my way.”

The opposition led by Guaidó maintains that since Sunday’s elections were allegedly a fraud, his parliamentary “mandate” will be extended until “’fair, free and transparent’ elections are held,” said Capriles. “It’s a very complex precedent for the future, because we open the door for Maduro to say that he is going to give continuity to his government without holding an election.”

Ahead of Biden’s inauguration in January, he said: “There are people in Venezuela who became fanatic about Trump until they lost their rationality, as if he were a god.

“The biggest mistake that could be made was to have put the solution to the Venezuelan crisis in the hands of Trump. It was more than obvious that it was an inside game to win Florida using us Venezuelans who live here.

“I live here in Caracas. We are 25 million people. The solution cannot be one that doesn’t take into account 25 million Venezuelans. The new US administration must understand that this plan is exhausted and cannot give continuity to this status quo: the interim presidency.

“Hopefully we can align the United States, Europe and the international community in the search for a political solution, which goes through a process of agreement, negotiation, which has had no results so far. It is true, but that does not mean that the problem is one of method.”