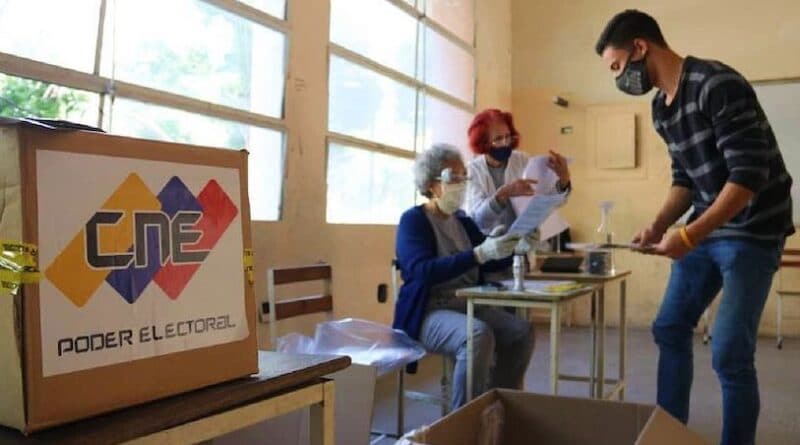 Chavismo secured all the majorities provided for in the Constitution within the National Assembly by obtaining 245 deputies so far in the elections held this Sunday. Another 12 seats remain to be defined. By obtaining 130 nominal deputies and 36 from the national list, Chavismo secured the qualified majority of three-fifths of Parliament (166 deputies) and, with the addition of the 79 deputies obtained so far in the 22 regional lists with “stable results” (where a change in the trend is deemed impossible), the GPP obtained a qualified majority of two-thirds (185 deputies). Although for most decisions in the AN a simple majority is enough, that is, the vote of half plus one, with these numbers, Chavismo will be able to approve everything from enabling laws to the removal and appointment of members of the Judicial, Electoral and Moral Powers. 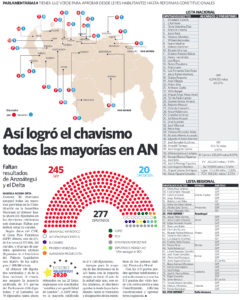 With the three-fifths (60 percent) Chavistas can approve enabling laws (allowing the president to enact decrees), and votes of no confidence, and with two-thirds of votes they can approve the call for a Constituent Assembly, constitutional reform, and approve organic laws. 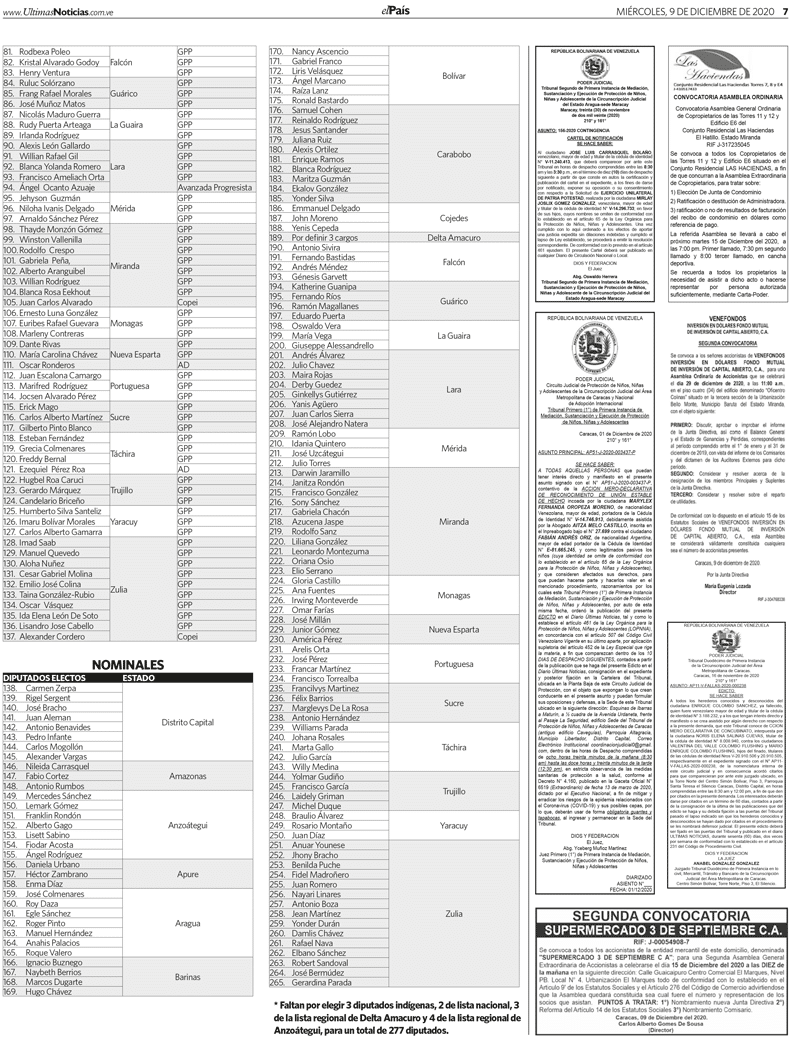