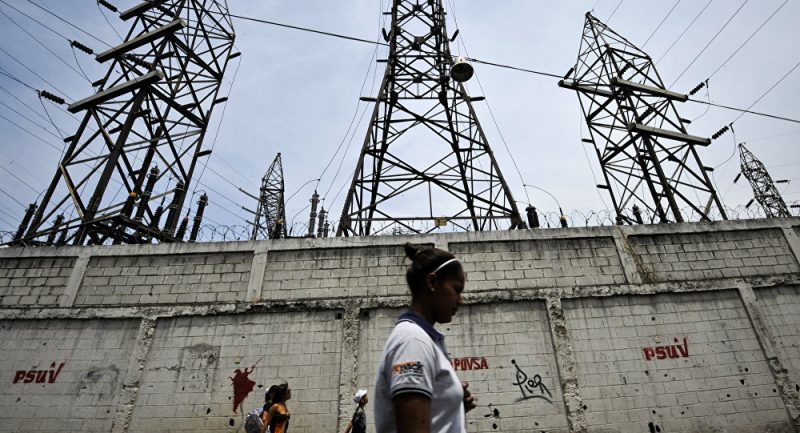 This comes after Venezuelan President Maduro said he would request China, Russia, Cuba and Iran, as well as the UN, to probe a recent attack on the country’s power grids that left the country’s vast territories without electricity for several days.

At the same time, according to a statement made by Venezuelan Minister of Communication and Information Jorge Rodriguez on Tuesday, operation of the country’s power grids has almost fully resumed throughout the country, which had experienced a blackout for five days.

While Caracas blames the US and the Western-backed opposition for the “sabotage” of the electricity system, President Nicolas Maduro has also announced he would ask the United Nations, Russia China, Cuba and Iran to probe the reasons behind the cyberattack on the energy supply system.

US Actions in Venezuela ‘Both Gross and Criminal’ – Award-Winning Filmmaker
According to Maduro, after a five-day nationwide blackout the Venezuelan authorities have managed to eliminate the consequences of the attack that “was carried out from the US territory”.
The blackout hit Venezuela on 7 March, as national electricity supplier Corpoelec reported of “sabotage” at a major hydroelectric power plant called Guri. Media subsequently reported about power outages in 21 of 23 Venezuelan states. Maduro has blamed the United States for waging an energy war against Venezuela, while Washington has denied having a role in the crisis.