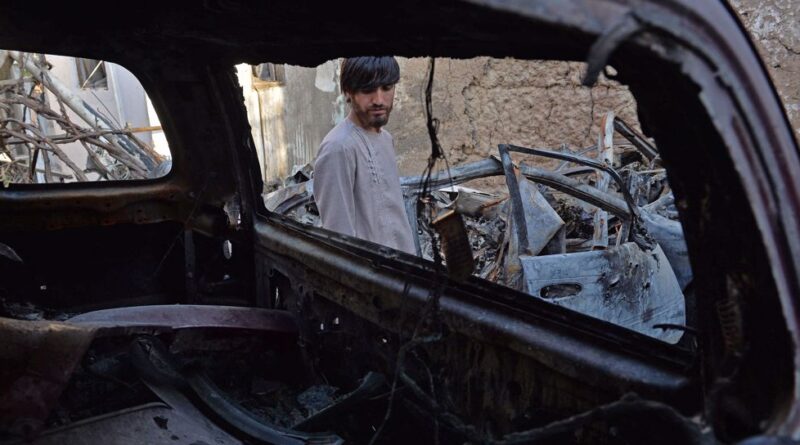 The US Central Intelligence Agency (CIA) had reportedly issued an urgent warning that children were possibly present at a site near the Kabul airport seconds before a horrifying US military blunder took the lives of at least 10 Afghan civilians in a drone strike last month.

The CNN, quoting sources familiar with the situation, reported Sunday that the warning on August 29 came seconds before the US missile hit the car, killing 10 civilians, including seven children.

The CIA issued an urgent warning for the US military that the civilians were likely in the area, including possibly children inside the vehicle, it added.

In some cases, the military might ask the intelligence community to “task” its surveillance drones and other assets to watch a particular car or a particular location.

The US official said that in the time leading up to the strike, the US had at least 60 different intelligence reports about threat streams toward US forces at Hamid Karzai International Airport.

Some media outlets had reported that the US drone strike apparently targeted the wrong man, killing an innocent Afghan aid worker along with members of his family, but the top US general described the attack as “righteous.”

Ezmarai Ahmadi was wrongly identified as a Daesh militant by US intelligence, who tracked his white Toyota for eight hours on August 29 before targeting the car, killing seven children and three adults.

Washington has previously claimed that those who killed were terrorists.

The Pentagon had maintained the August 29 strike targeted a Daesh-K terrorist who posed an imminent threat to American troops at the Kabul airport, with Chairman of the US Joint Chiefs Gen. Mark Milley calling it a “righteous strike”.

In a speech last month, US President Joe Biden hailed the strike as an example of the US ability to target the Daesh-K group.

But on Friday, General Frank McKenzie, the top general of US Central Command, announced at the Pentagon that the military investigation has found it killed 10 civilians and that the vehicle targeted was not a threat associated with Daesh-K, a shadowy terrorist group that emerged following the last month bomb blast at the Kabul airport.  The attack killed scores of Afghans and over a dozen Americans.

McKenzie told reporters that the US military drone strike was a “mistake” and offered an apology.

“This strike was taken in the earnest belief that it would prevent an imminent threat to our forces and the evacuees at the airport, but it was a mistake and I offer my sincere apology,” he said.

McKenzie added that he is “fully responsible for this strike and this tragic outcome.”

Some sources say the horrifying miscommunication highlights a now-pressing decision for the Biden administration as it weighs how to conduct future strikes in Afghanistan without US troops on the ground there.

The US invaded Afghanistan in October 2001 following the September 11, 2001 attacks on the United States, despite the fact that no Afghan was involved in the attacks. Hundreds of thousands of Afghans died in the US war of aggression on the country.

American forces occupied the country for about two decades on the pretext of fighting against the Taliban. But, as the US forces left Afghanistan, the Taliban stormed into Kabul, weakened by continued foreign occupation.

Featured image: A relative of Ezmarai Ahmadi, is pictured through the wreckage of a vehicle that was damaged in a US drone strike in the Kwaja Burga neighbourhood of Afghan capital Kabul, on September 18, 2021. (Photo by AFP)