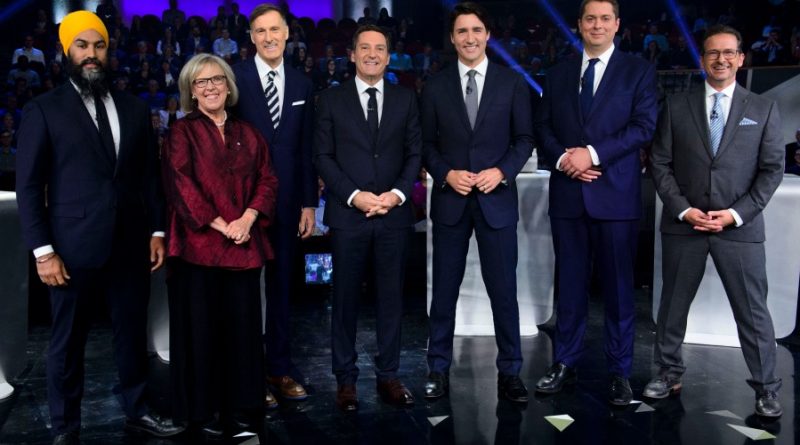 The four parties that do offer climate action plans (of varying seriousness) collected almost 65 percent of the vote.

Canada’s centrist Liberal Party won re-election Monday, but as a minority government, which means it will need the support of either the more left New Democratic Party or the nationalist Bloc Quebecois to survive.

But perhaps more interesting is that the only political party that denies climate change is caused by humans won less than two percent of the vote despite its high profile leader, former Conservative cabinet minister Maxime Bernier. The anti-immigrant, right wing People’s Party of Canada, formed by a self-described libertarian after he narrowly lost the vote to become Conservative leader, failed to elect even a single member of Parliament.

The four parties that do offer climate action plans (of varying seriousness) collected almost 65 percent of the vote.

The Conservative Party, which acknowledges that climate change is real, but offered only magical undefined “technological solutions” as a solution, won 34 percent of the popular vote and 122 seats of the 338 total. The party’s vote is heavily concentrated in rural areas plus Alberta and Saskatchewan, two provinces dependent on the oil and gas industries.

New leader Jagmeet Singh impressed voters with a more left-wing platform promising national pharmacare and daycare programs, as well as a “new deal” for climate action, reconciliation in “true and equal partnership” with Indigenous communities and tax hikes for corporations and the wealthy.

Justin Trudeau’s Liberal Party, which won a majority of seats in the 2015 election with almost 40 percent of the vote on a platform of progressive promises, including reducing Canada’s carbon footprint and reforming the country’s first-past-the-post electoral system, but fulfilled neither, fell to 33 percent of the popular vote and won 155 seats, based on almost complete results. The drop in Liberal support was generally attributed to the severely diminished popularity of the prime minister (one “corruption” scandal and the bombshell discovery of photos showing Trudeau in blackface) as well as buying a pipeline due to be expanded from Alberta to the Pacific coast, which undermined his credibility as an environmentalist.

Canada’s historically socialist New Democratic Party, which moved to the right of the Liberals under former leader Tom Mulcair in an effort to win the 2015 election but instead lost half its seats, began the current campaign polling under 13 percent. New leader Jagmeet Singh impressed voters with a more left-wing platform promising national pharmacare and daycare programs, as well as a “new deal” for climate action, reconciliation in “true and equal partnership” with Indigenous communities and tax hikes for corporations and the wealthy. The result was 16 percent of the national vote and 25 seats, which is enough to keep a minority Liberal government in power.

RELATED CONTENT: Canada: Red-handed in Blackface: THIRD Example of Justin Trudeau in “Racist” Makeup Surfaces after PM Swears he Only did it “Twice”

The Green Party elected three MPs, up from one in 2015 and almost doubled its popular vote to 6.3 percent. Their vote was highly concentrated on Vancouver Island.

The Bloc Quebecois, which only runs candidates in Quebec, was the wildcard of the election. They became the main beneficiaries of the overwhelming support for climate action in the French-speaking province (500,000 people marched four weeks ago in Montreal). Their climate platform, which is similar to both the NDP and Greens, looks to have caused a significant defection of Conservative, Liberal and NDP voters to the often leftish, but somewhat xenophobic nationalist BQ, which won almost a third of the popular vote in the province and 32 seats in Parliament. The BQ supported a recently enacted provincial government law banning public officials from wearing visible religious symbols, which mostly targets immigrants. Many pundits argued that the NDP leader’s Sikh turban caused a backlash in Quebec where the law is supported by most voters. The BQ tripled its number of seats since 2015.

A possible Liberal-NDP coalition government has caused panic and various threats from oil and gas industry promoters, who see this coalition as dangerous to their industry and especially to its pipeline expansion plans. They worry that the NDP might insist on cancelling the Trans Mountain Pipeline from Alberta to Vancouver as the price for backing the Liberals.

On the other hand, environmentalists who argue that oil and gas production must be cut if we are to avoid cooking the planet are elated at the prospect of such a scenario.

The next few weeks of political jockeying could go a long way in determining Canada’s role in preventing a looming climate disaster. 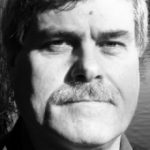 Gary Engler is a former Canadian reporter, editor and union activist who is author of American Spin, first novel in the FAKE NEWS Mysteries series, exploring journalism, propaganda, politics and murder in the Donald Trump era.

Gary Engler is a former Canadian reporter, editor and union activist who is author of American Spin, first novel in the FAKE NEWS Mysteries series, exploring journalism, propaganda, politics and murder in the Donald Trump era.