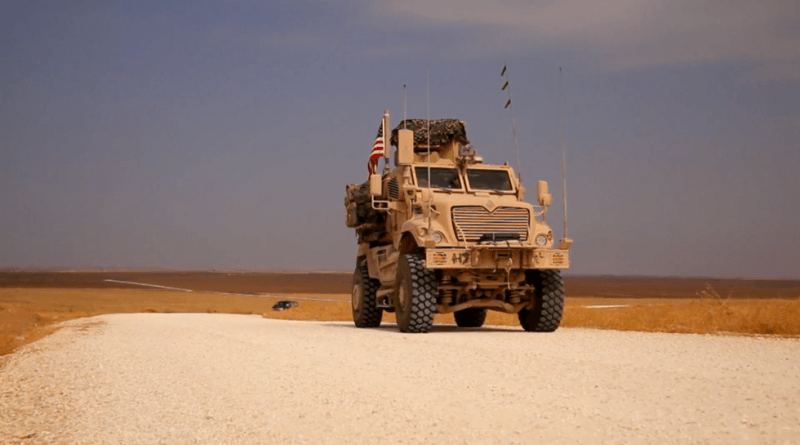 US forces that crossed into Iraq after pulling out from Syria can only use its territory for transit and do not have permission to stay, the Iraqi military said on Tuesday.

Hundreds of military vehicles carrying American troops crossed into the Kurdistan region of northern Iraq in a long convoy on Monday.

The Iraqi statement adds more uncertainty to a vision of what will actually happen to the troops after their withdrawal from Syria. In the last few days, the American military were simultaneously reported to be “going home” – that’s according to President Trump – and continuing their mission in Iraq to conduct operations against Islamic State (IS, formerly ISIS) in a plan outlined by US Defense Secretary Mark Esper. He also mentioned some soldiers may remain in Syria to protect oil fields from IS takeover.

On Tuesday, Esper told reporters during his stop in Saudi Arabia that his troops would make preparations in Iraq to go home from there – without specifying how long they would stay. “The aim isn’t to stay in Iraq interminably, the aim is to pull our soldiers out and eventually get them back home,” the defense secretary said in front of a Patriot missile battery at the Prince Sultan Air Base near Riyadh.

The United States currently has more than 5,000 American troops in Iraq, under an agreement between the two countries. The US pulled its forces out of Iraq in 2011 ending nine years of war that started with missile strikes on Baghdad to oust President Saddam Hussein, but they went back after IS began to gain ground in 2014. The number of US forces in the country remains a sensitive and politicized issue after the war that some Iraqis considered to be a US occupation.

Featured image: US military vehicles moving near the Syrian village of Tell Brak on October 21 © Ruptly