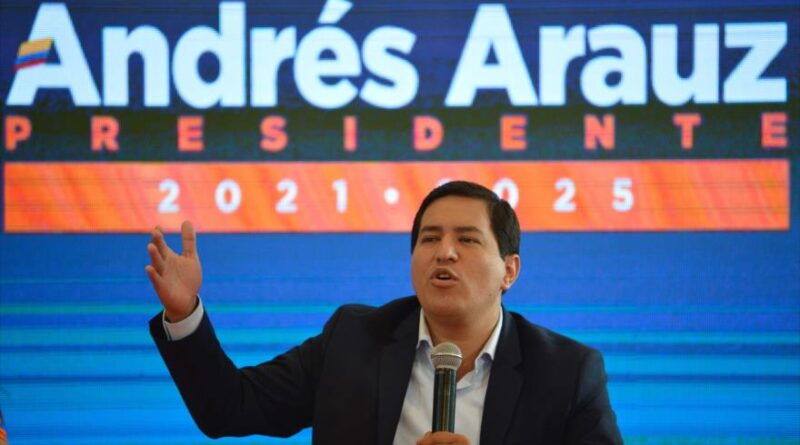 On Saturday, several Latin American leaders criticized Colombia’s interference in the presidential elections of Ecuador to the detriment of candidate Andrés Arauz.

After it was confirmed that the attorney general of Colombia, Francisco Barbosa, had arrived in Ecuador to present a complete report to the Ecuadorian prosecutor, Diana Salazar, on an alleged illicit financing of the Ecuadorian presidential elections, a tool with which Colombia intends to harm the correista candidate Andrés Arauz, several Latin American leaders and former presidents spoke out.

Former President of Ecuador, Rafael Correa, reacted categorically to the actions of the Colombian Prosecutor’s Office in relation to elections in the neighboring country and described as “shame” that Colombia accuses that the armed revolutionary organization National Liberation Army (ELN) is allegedly linked to the presidential campaign in Ecuador.

Likewise, former Bolivian president Evo Morales spoke on his social network accounts and decried that the Colombian prosecutor is using “false accusations” to try to influence Arauz’s probable victory in the second round, scheduled for April 11.

“We denounce the interventionist and intimidating action by the Attorney General of Colombia against the winning candidate of the Ecuador elections, Andrés Arauz, who with false accusations of illicit financing tries to affect his victory in the second round,” the indigenous leader wrote on Twitter.

Similarly, the Colombian senator for Polo Democrático, Iván Cepeda described Barbosa’s visit to Ecuador as a “crude maneuver of political intervention in a foreign electoral process.”

Ernesto Samper, former president of Colombia, affirmed in a tweet that the alleged information about ties of the presidential candidate of the alliance Union for Hope (UNES) with the ELN constitutes “an infamy,” and that it is part of a dirty war orchestrated from Colombia by radical sectors of the right in both countries to interfere in the second round of the Ecuadorian presidential elections.

The Colombian attorney general arrived in Quito on Friday to deliver to his Ecuadorian counterpart the information found on computers of the slain ELN guerrilla chief Andrés Felipe Vanegas Londoño, alias Uriel, which ostensibly points to alleged financing for Arauz’s electoral campaign.

On February 7, presidential elections were held in Ecuador, and according to the National Electoral Council (CNE) of the country, the final results of the elections would take days to come, as there is going to be a partial recount due to claims of inconsistencies.

Meanwhile, former President Correa denounced that the electoral body is trying to keep the environmentalist Pérez in second place. “They are manipulating the ballots because they first reported the records from the mountains, giving an impression that does not exist in reality,” added the former socialist leader.

It is worth remembering that during Hugo Chávez’s presidency in Venezuela, the same strategy was used with similar allegations involving computers, and a discredited campaign was launched to destroy the image of President Chávez, but those campaigns, on the contrary, only served to raise his popularity.

During that time it was found that the chains of security of the computers in question were broken and there was no way to demonstrate with accuracy that the information in those computers were actually there before the Colombian bombing of ELN camps in Ecuadorian territory took place in violation of all the norms of international law respected for decades in Latin America.