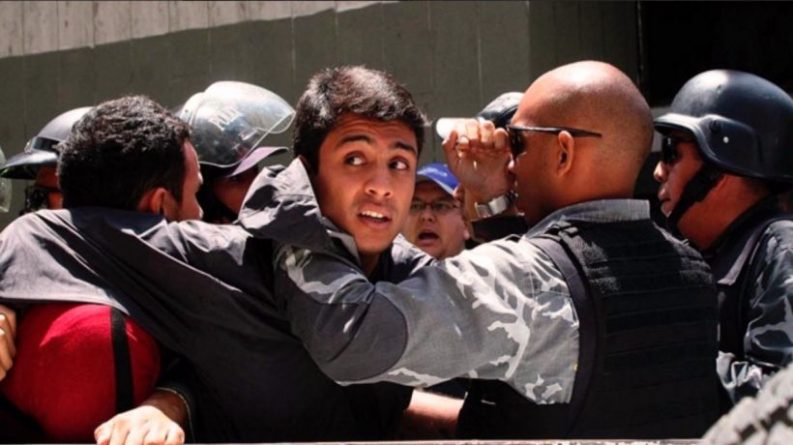 Circulating through social networks, a video in which Lorent Saleh appears, the ex-Venezuelan paramilitary activist, along with a partner, being arrested by the Colombian police.

It was not until late on the night of February 26 that W Radio from Colombia was able to confirm the reports .

Indeed, on Saturday, February 23, at sunrise, Saleh, a member of the NGO Operation Libertad, was arrested in Cúcuta in a drunken state, according to the Colombian National Police.

The W: “The arrest occurred hours after the concert Venezuela Live Aid.” The police report that a procedure was carried out on two Venezuelan citizens with permission to be in Colombian territory, in a state of intoxication. They were creating disorder near CAI San Rafael and they were left at the disposal of Migración Colombia.

The outlet adds that “Everything seems to indicate that the authorities left Saleh and his companion in freedom because he has been seen very active in their social networks publishing photographs of meetings.”

Within the framework of this concert organized by the billionaire Richard Brunson in Cúcuta, reports have been made that psychedelic drugs and alcohol flowed in order to have a “civilian” contingent as a human shield in the “humanitarian” operation (failed) on the border.

It is also known that Saleh previously, in 2014, had been detained by the Colombian police and Migración Colombia, and later deported to Venezuela, where he was imprisoned on charges of terrorism.