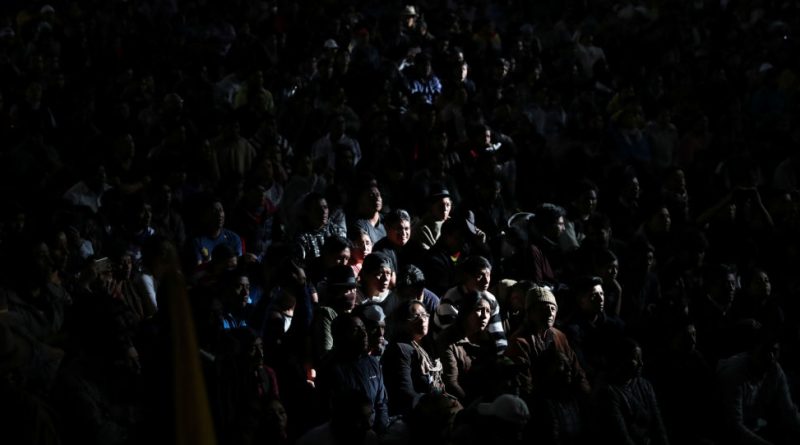 “What is going on in Ecuador, and Chile, which are currently the most visible examples, or in Peru where the Congress was dissolved a few weeks ago, is not an institutional crisis but the exhaustion of neoliberal policies undertaken by right-wing governments, which instead of correcting their mistakes are shifting to authoritarian models,” said Serrano, also anthropologist and member of the Latin American Strategic Geopolitics Center (CELAG).

Chile has been embroiled in strong street protests against the Sebastian Piñera Administration for over a week, following the government’s decision to increase transportation fares, a measure that has been reversed.

The Piñera Administration declared a state of emergency, imposed a curfew, and directed strong repression against demonstrators, leading to generalized chaos that has resulted in 18 deaths, among them a child, and over 2,000 people injured.

Earlier this month, Ecuador was the scenario for intense protests against the Lenin Moreno Administration as he eliminated fuel subsidies amidst a package of economic measures taken as part of an agreement with the International Monetary Fund (IMF).

Protests concluded after the government reached an agreement with the indigenous movement, which had lead the marches from the rural areas.

The crisis resulted in eight deaths; 1,340 injured; and hundreds of arrests.

“It seems like right-wing governments do not hesitate to sacrifice the democratic institutions of their countries as long as they can stay in office, so to do so they discipline the poorest populations,” he commented.

The analyst noted that this “authoritarian shift” is observed in the state of emergency decreed in Chile and Ecuador, the deployment of soldiers, closing streets, and statements by some officials claiming the situation was a “war.”

The protests, Serrano said, was evidence of the “exhaustion of the neoliberal model” and the media campaign launched by right-wing leaders in Latin America to convince the population, as it is in the case of lawfare.

Lawfare or the judicialization of politics consists of the “wrongful use” of the justice system to destroy a public image and disqualify a political rival, explained CELAG in an article posted in its website.

“Their political economic project has become exhausted, the same as election tickets that seize power through media campaigns lies and rhetoric which are no longer useful when the population’s living conditions start to decline in their countries,” he stated.

Serrano added that, when reality “imposes itself over the television,” these governments “have no other solution rather than the implementation of extreme authoritarianism.”

The analyst mentioned for instance the lawfare used in the impeachment against Rousseff or to remove former president of Paraguay, Fernando Lugo (2008-2012).

“However, we are no longer talking about lawfare or the procedural law of the enemy. We are talking about a shamelessly authoritarian twist which international agencies such as the Organization of American States are looking away from, proving this institution’s tendencies and its evident political bias,” he added.

According to the Spanish analyst, the South American population today are less conformist and there is a larger social dispute in the streets because citizens have a “recent recollection” of the economic prosperity brought by “progressive governments” in the previous decade.

The governments of Cristina and Nestor Kirchner, Rafael Correa, Evo Morales, or Fernando Lugo proved that poverty could be fought in their countries by undertaking other economic policies, as well as improving employment and public services for the population

“It all disappeared when they were removed through lawfare or through their own mistakes; then, neoliberal policies led to terrible results for people’s standard of living: people remember and they recalled that they lived better a few years ago; it’s that simple,” Serrano said.