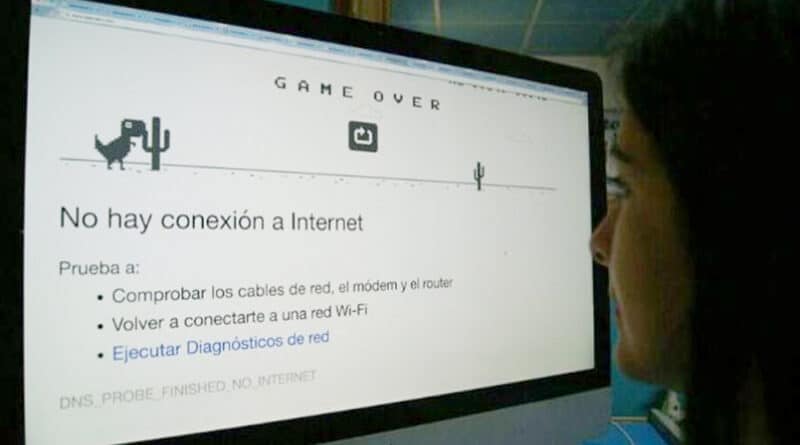 The problem lasted for about four hours in Maracaibo. Most of the complaints about the service came from the northern states of Venezuela, including areas of Miranda, Aragua, Carabobo, Nueva Esparta, Zulia and Falcón.

This Saturday, December 26, users of the state-owned company CANTV reported failures and problems of connection to the internet provided through its ABA (Access to Broadband) service.

Complaints regarding failure to connect to the CANTV platform—the biggest ISP in Venezuela—abounded on different social networks, mainly on Twitter, and from various corners of Venezuela. CANTV became a trending topic on Twitter in Venezuela and the NetBlocks.org reported a drop from 100% to 13% for several hours.

The problem lasted for over four hours in Maracaibo, Caracas and many other cities. Most of the complaints about the service came from the northern states of the country, including areas of Miranda, Aragua, Carabobo, Nueva Esparta, Zulia and Falcón. According to user reports the outage also affected mobile data networks like Movilnet and Digitel.

“Without connection to the ABA internet since 11:30 in the morning. The service is practically zero and has been presenting problems for several days. Who will respond?” argued user @eddyve, from Maturín.

Fran Monroy Moret, a journalist specializing in technology, assured a few minutes after the beginning of the outage that the service could be restored in the next few hours.

In his Twitter account, Monroy indicated that at that moment CANTV was expanding bandwidth with international nodes and in the next few hours the service should return with a more acceptable quality.

“Let’s see: Good and bad news from ABA,” wrote Monroy in his Twitter. “The bad news: There is NO service. The good news: They are currently expanding bandwidth with international nodes and approximately between 12:30 and 1:00 PM the service should return. And the navigation should feel a little faster.”

Around 4:30 pm Caracas time NetBlocks.org reported that the service was back to normal after about five hours of interruption. The official twitter account of CANTV (@salaprensaCantv) has not yet reported anything about the incident.