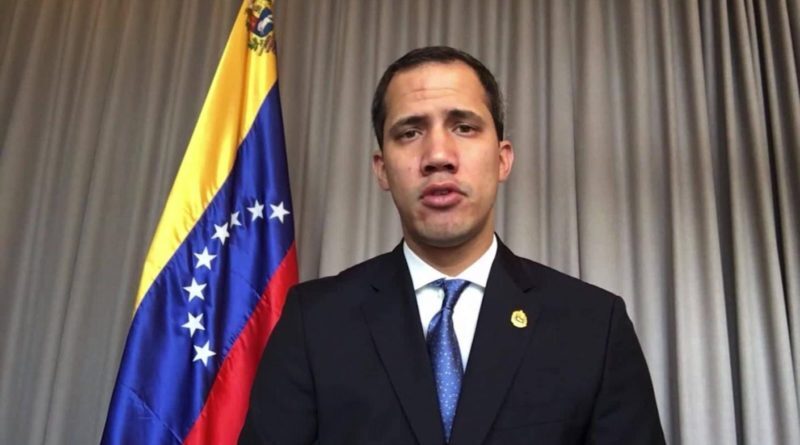 The outgoing opposition deputy Juan Guaidó has done it again. This Saturday, December 26, in a session full of irregularities, the fake Parliament headed by the politician supported by the United States agreed to extend for another year the legislative period of the current deputies under the presidency of the activist of Voluntad Popular (Popular Will), in an act contrary to the norms established by the Venezuelan Constitution, according to which they must hand over the powers of the Legislative to the new National Assembly elected by Venezuelans through the electoral process carried out on December 6.

Faced with this irregular fact, the Deputy Minister of International Communication of the Ministry of Foreign Affairs, William Castillo, spoke on Twitter about what he called the “theater of the absurd” starring the right in the outgoing National Assembly, in which the Constitution has been violated to extend the management of Juan Guaidó and his fictitious parliament for another year.

In response to a publication by a faction of the Acción Democrática (Democratic Action) party which has provided life to the discredited entity, Castillo revealed the negotiations that this sector carried out in order to condition its vote in favor of the new legal arbitrariness committed by Guaidó and his accomplice. The publication discloses that the said faction of the party wanted to take control of profitable businesses of the country abroad.

“They say that AD (Democratic Action) asked that ‘they be given CITGO’ to vote in favor of the farce they call reform of the Transitional Statute, which extends Guaidó’s mandate in Narnia indefinitely. It was denied and so AD had a dissenting vote. This is the theater of the absurd in the world of the right wingers,” wrote the high official on the social network.

“Constitutional continuity will be exercised…until free presidential and parliamentary elections are held in 2021. An exceptional political event will occur in 2021, or even during an additional annual parliamentary period from January 5, 2021,” says a part of the text publicized by the group of Guaidó’s accomplices paid by Washington.

The representatives of the Democratic Action party announced a dissenting vote to this proposal, although contradictorily they also reiterated their support for Guaidó as president of the AN and “interim president” of Venezuela.

On January 5 the new National Assembly, elected by Venezuelans on December 6 in free elections, will be installed, as mandated by the Constitution of the Bolivarian Republic of Venezuela. The body has already started to work on international recognition of the results of the elections with very good results, to the detriment of the wear and tear and corruption that has prevailed in the outgoing Parliament.