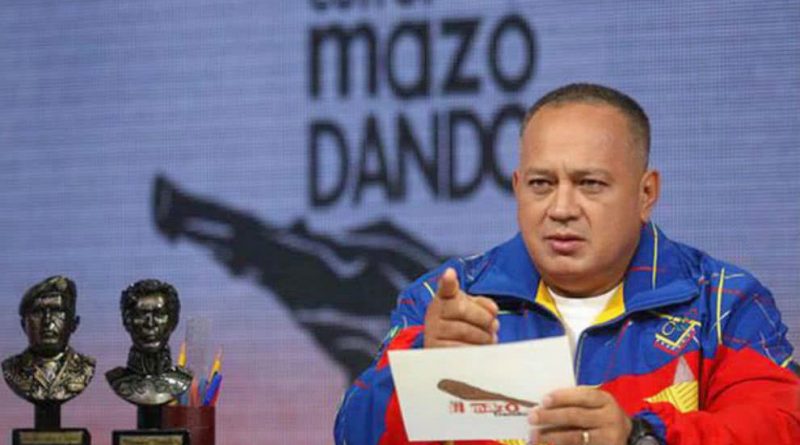 The president of the National Constituent Assembly (ANC), Diosdado Cabello, denounced to the international community the plan of the Chilean president, Sebastián Piñera, to orchestrate a coup d’etat against himself, in collusion with some soldiers, in order to justify a flight to U.S.

In this way, said Cabello, Piñera would be acquitted of his responsibility in the violent repression in the South American nation, his crimes against humanity and massive and sustained violation of Human Rights being completely unpunished.”

“You have to be aware that Piñera could (…) in collusion with the Chilean military leadership, give a coup d’etat, portray that Piñera leaves the country to “save” it, Piñera ends up in the US and they go with all their forces against the people. We alert the international community that this could be happening in Chile,” he stressed in the most recent broadcast of his TV show “Con el Mazo Dando”.