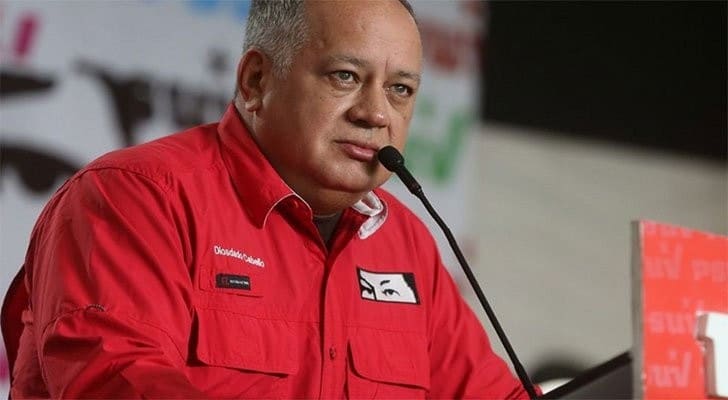 The first vice president of the United Socialist Party of Venezuela (Psuv), Diosdado Cabello, confirmed that the proposals gathered this weekend during the Days of Dialogue and Rectification will be delivered to the constitutional president of the Republic, Nicolás Maduro, on Monday.

On May 1, the National President called for a National Day of Dialogue and Rectification to reinvigorate, reinitiate and review what has been done wrong and find new ways to boost the Bolivarian Revolution.

This called from President Maduro comes after several weeks of debate among Chavista forces all over the country criticizing the recent policies of handing some agro production units to private corporations without the necessary interaction and communication with grassroots organizations, among other complaints.

In that sense, Cabello stressed that the day, which began this Saturday with 16,841 popular assemblies throughout the country and more than 8,000 proposals were received from more than 500,000 Venezuelans and where recorded through the “Patria” platform, advances this Sunday with the meeting of delegates of the Bolivarian Congress of Peoples and the IV Congress of Psuv, and has the participation of the revolutionary governors and mayors.

The most common complains are related to bureaucracy, abuses of authority from public servants, negligence and bad service in public utilities, according to VTV. “All this happen in the middle of the most brutal economic attack from the US, an ongoing Coup D’Etat and with daily US threats of use of military force. This shows the strength of the Bolivarian Revolution”, a political expert said to OT.

The sessions are focused on three areas: Changes that are proposed; elements to relaunch, review or deepen and establishment of priorities.

Talking about the recent Coup D’Etat attempt lead by Juan Guaido and Leopoldo Lopez with a small group or military officers and Deputies from the National Assembly, Cabello highlighted Maduro’s spirit of peace that during the whole crisis looked for all possible ways to avoid bloodshed.

“It was that, we forgave them their lives, Nicolás Maduro raised the flag of peace and spared them their lives,” Cabello said when answering why the Venezuelan president did not use force against the coup plotters.

“It was going to be very easy, an easy target impossible to miss (…), by land, easy, by air, easier, from wherever you would have seen it, such an operation was going to be an easy task and we did not do it, we did not fall into their provocation,” he said. Adding that in Colombia, the US and other countries their reaction in a situation like that for sure would imply the use of maximum violence and total annihilation.

Cabello also said that the Prosecutor’s Office has already initiated an investigation and that the National Constituent Assembly “is receiving all the requests for a lifting of immunity” from several deputies who allegedly participated in the attempted coup. “Justice will come, justice will come to all of them, do not doubt that,” he said.

He added that he was among the ones demanding at the beginning the immediate incarceration of Guaido but in Party discussions, another route was agreed upon and that decision has allowed the revolution to clean up their ranks and also the military.

In his speech, Cabello also said that the Psuv has made a call to strengthen production with the aim of overcoming the economic and financial blockade imposed by the United States Government on Venezuela.

In that sense, he explained that the party will take the available spaces from its different venues, as well as in the homes of activists to install at least a productive conuco. And he invited all Venezuelans to do the same in order to be prepared for the US aggression.