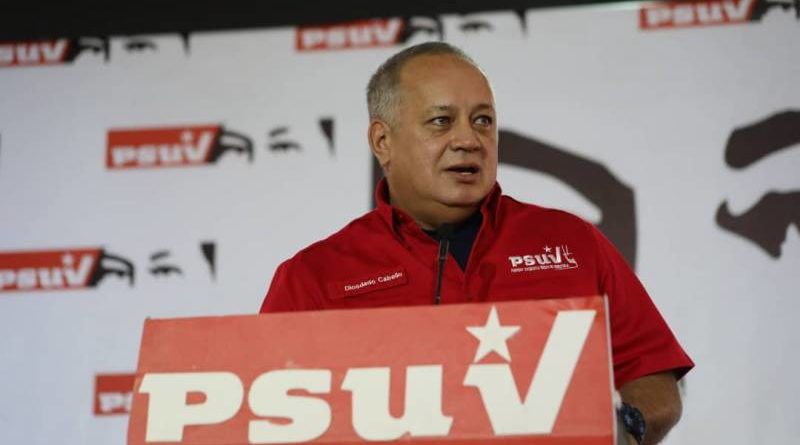 The first vice president of the United Socialist Party of Venezuela (Psuv), Diosdado Cabello, spoke on Monday afternoon January 13 on the recent sanctions applied by the US Treasury Department to the members of the board of the Venezuelan Parliament, among them the one on its president, the opposition deputy Luis Parra.

RELATED CONTENT: New US Sanctions Against AN Board of Directors for Voting Against Guiado

“Already tired of fighting with us, they are now fighting with some sectors of the opposition. Very well, today they sanctioned opposition leaders. This is how the empire works, those who do not dance the tune they play -the one they impose- are subject to sanctions and they make up anything against them,” he said during the usual press conference of the red awning.