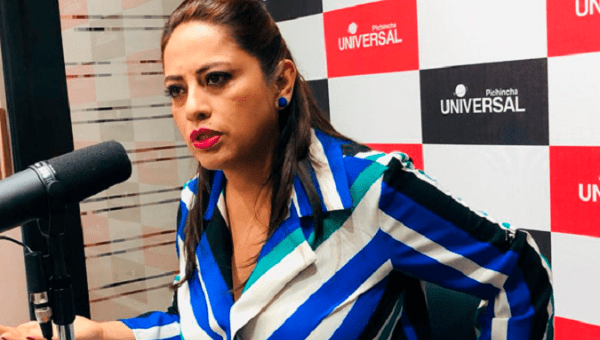 Prefect Paola Pabon was accused of being part of a plan to overthrow President Lenin Moreno.

In Ecuador, the Provincial Justice Court of Pichincha, acting president Patlova Guerra Tuesday revoked preventive detention against the Prefect of Pichincha Paola Pabon, former lawmaker Virgilio Hernandez, and activist Christian Gonzalez, all of whom are accused of rebellion.

In exchange for the release of the three defendants, Judge Guerra requested them to appear each Monday before the court.

Pabon served 71 days in jail after President Lenin Moreno accused her of instigating protests against the economic policies proposed by the International Monetary Fund (IMF).

In October, Moreno said that Pabon was part of a plan to overthrow him, which was allegedly devised by former President Rafael Correa and supported by Venezuela’s President Nicolas Maduro.

Given that the Ecuadorian prosecution failed to present strong evidence on such accusations, the arrest of Pabon, Hernandez, and Gonzalez, which occurred without following the rules of due process, brought the attention of international human rights organizations.

One of them was the Inter-American Commission on Human Rights (IACHR), which issued precautionary measures in favor of the Pichincha prefect.

“Paola Pabon, Virgilio Hernandez, and Christian Gonzalez are free. Joy for their families and the State of Rights. The preventive detention hearing ruled in favor. I find myself excited and cheerful. I hope nobody goes through something like that. All three are innocent.”

Once Judge Guerra’s decision was known on Tuesday late night, dozens of supporters of the leftist politicians celebrated outside the Provincial Court shouting slogans against political persecution.

While Correa celebrated the liberation of Pabon, Hernandez, and Gonzalez, he recalled that other members of his party are still imprisoned, one of whom is the former Vice President Jorge Glass.

“The joy is enormous but remember that there are Jorge, Yofre, and many other people persecuted, isolated, exiled or under preventive measures,” Correa said.

Based on what has been going on during Moreno’s administration, the former President also expressed concern about reprisals that could be taken against an honest judge.

“Judge Patlova Guerra is a sign that there are still honest judges. You have to be very attentive so that she is not be dismissed.”