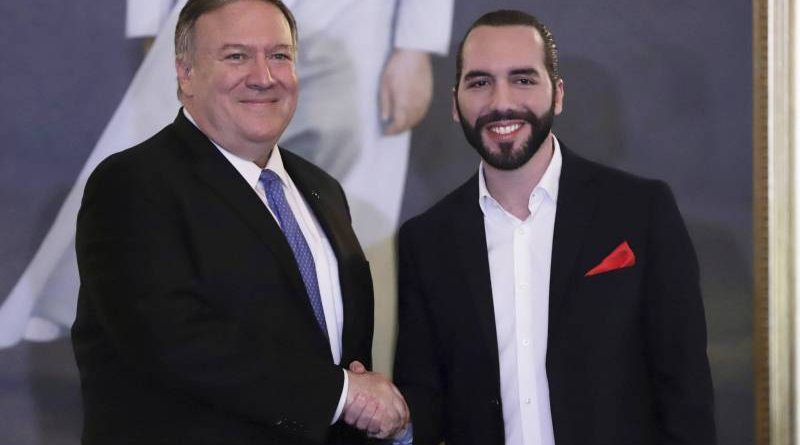 The Government of El Salvador gave Venezuelan diplomats posted in the Central American nation, 48 hours to leave the country, not recognizing the legitimacy of President Nicolás Maduro.

“The Government of El Salvador expels the diplomatic corps from the regime of Nicolás Maduro, being consistent with the repeated statements of President Nayib Bukele, in which he does not recognize the legitimacy of the Government of Maduro,” the Salvadoran Executive announced in a statement.

The note explains that the decision was made in accordance with the Salvadoran vote in the Organization of American States (OAS), which supports a report by the United Nations High Commissioner for Human Rights on systematic violations of the human rights of Venezuelans, questioned by Venezuelan authorities for the lack of methodological rigor and evident pro-US bias.

Bukele recognized opposition deputy Juan Guaidó as “president in charge of Venezuela” and advocated “in the near future, the receipt of credentials from the new diplomatic representation of Venezuela.”

“El Salvador will always be in favor of Democracy and defends Human Rights, so it will support free voting, supervised by the international community and that will guarantee the will of the sister people of Venezuela,” concludes the statement of the Presidential House, headquarters of the Executive.

“In recent days Lima Group countries have been acting accordingly, like the Canadian government receiving diplomatic credentials from Guaido’s pseudo diplomats, in an evident media strategy with very little impact in the reality on the ground in Caracas that have neutralized the regime change operation promoted from Washington,” said to OT an international analyst. ”

The US is pushing their satellite countries (at least those confronting popular uprisings, to take sensationalist measures in desperation for the lack of traction in their regime change operation,” he added.

The United States ambassador to El Salvador, Ronald Johnson, applauded the measure of the Bukele administration, and said the Salvadoran president put himself “on the right side of history” by recognizing Guaidó as “interim president of Venezuela.”

“We join the Venezuelan people and remain committed to providing them with the help they deserve (…) The Venezuelan people have the right to elect a president and a government that works for the welfare of their people, instead of serving personal interests. “, Johnson posted on his Twitter social network account.

Bukele assumed the presidency of El Salvador on June 1, and from the beginning he took distance from Venezuela and proclaimed the United States as his great historical ally.