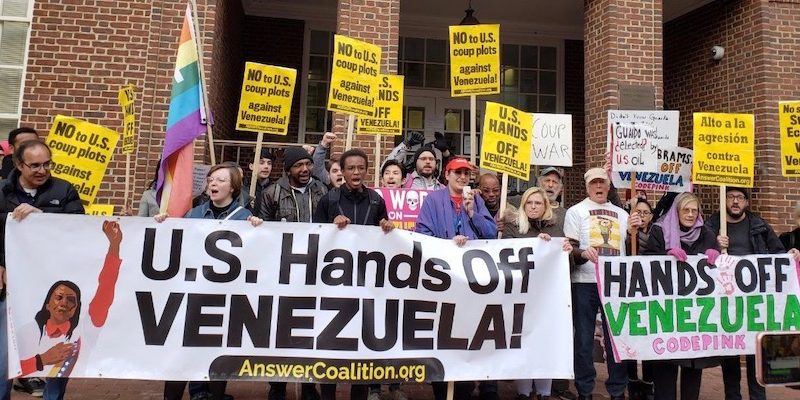 RELATED CONTENT: Embassy Protection Collective: “We are Not the Ones Who Violated the Law” (Inteview)

The jury in the February 11 trial of four US activists charged with disobeying police orders to relinquish their occupation of the Venezuelan embassy to supporters of self-proclaimed president Juan Guaido will not be told that the actual president is Nicolas Maduro, or that Guaido “has never served a nanosecond as president,” said defendant Kevin Zeese. “The little sliver of hope we have,” based on the judge’s ruling, “is that we can say that we believed we were in the embassy with the permission of what we thought was the elected government of Venezuela.” The defendants face a year in prison and fines of $100,000 each.