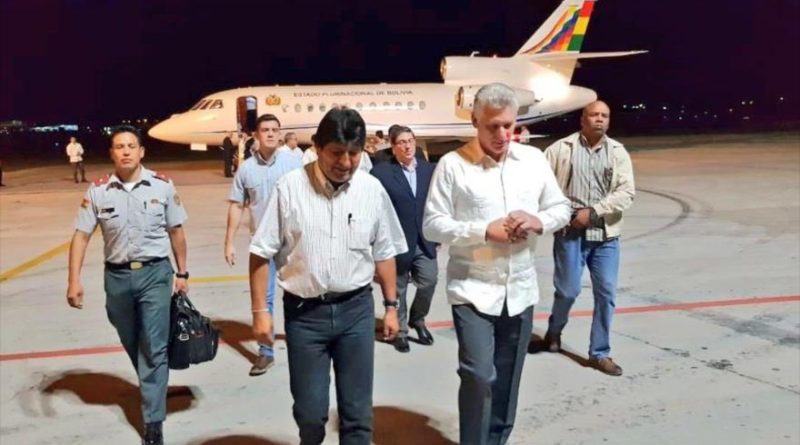 In dialogue with the local radio station Radio Continenal, Fernández declared that Morales had informed him of his trip.

“That’s how they told me,” the Argentine president said when asked if Evo Morales was in Cuba and added that the Bolivian ex-president told him a few days ago in a “comment in passing” that he would travel to Havana.

The departure of Evo Morales, which occurred during the night from February 9 to 10, was held in reserve both by the former president and by the Argentinian head of state himself, who published several tweets in the last hours without mentioning his departure

Sources close to Evo Morales report he will return to Buenos Aires this weekend after concluding his treatment in Havana.

“His return is planned for this weekend in order to meet the scheduled agenda,” they said from their inner circle.

When he was isolated in Mexico last December, Evo Morales also made a short trip to Cuba to have a medical consultation.

The 60-year-old former president was treated in 2017 in Havana for a throat nodule.

The Supreme Electoral Tribunal of Bolivia confirmed on the eve that the candidate of the Movement To Socialism (MAS) in the elections of May 3 would be the former Minister of Economy , Luis Arce, while Evo Morales will run as a candidate for senator for Cochabamba.

After thirteen years and nine months in power, the former president resigned on 10 November under pressure from the Armed Forces and the police after winning in the October elections, which were challenged by irregularities observed by the Organization of States Americans (OAS) but never documented.

After the coup d’état, Morales took asylum in Mexico and was later accepted as a refugee in Argentina, where he arrived last December 12 .