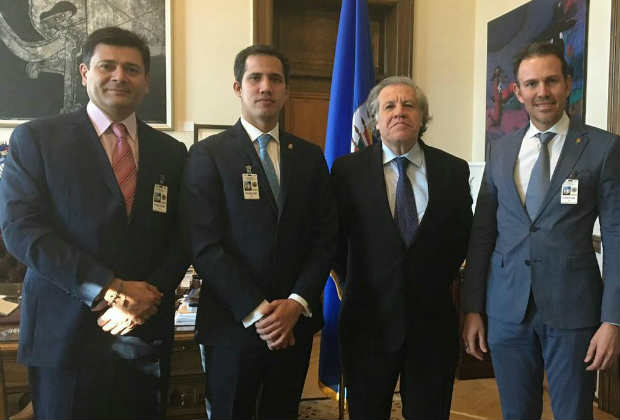 Venezuelan opposition Deputy Freddy Superlano, from the “Voluntad Popular” party was found unconscious at the -pay per hour- Penélope motel in Cúcuta.

The minister of Information and Communications of Venezuela, Jorge Rodriguez, reported this incident last Sunday making clear that these are sensitive personal issues that are usually not raised to public scrutiny by the Venezuelan government but in light of the accusations raised by Sen. Marco Rubio from the US he was forced to clarify it with the information that was already made public in social media and news outlets.

Grave situation developing right now inside of #Colombia.@freddysuperlano a member of the National Assembly of #Venezuela was poisoned this morning at breakfast inside of Colombia & is in serious condition at the hospital.

His assistant Carlos Salinas has died from poisoning.

The first reference to the incident was raised by the Colombian news outlet “La Opinion” with the following headline: Venezuelan Deputy in Delicate Condition and his causin death by “burundanga” poisoning. Two women suspected of poison them with escopolamina.

On the morning of February 23, deputy Freddy Superlano of Voluntad Popular was found unconscious with his cousin and assistant in a room at the -payper hour- Penélope motel in Cucuta. According to the police report, released by the anti-chavista journalist Deivis Ramírez, the two men after the Venezuela Aid Live concert went to the pink zone of Cúcuta and from there  to the motel with two women who left the room without companions a few hours later. Finally, Superlano and his cousin were taken to the Jorge Cristo Sahium hospital, where the second died of cardiac arrest. According to the medical report, the two men were poisined with scopolamine (Burundanga).

The Cúcuta police also reported that the two women stole personal items and cash from the two poisoned men. In spite of that, as soon as the fact was known, anti-chavismo personalities, like Sen. Marco Rubio blamed Maduro and others even Russia.

Deputy Freddy Superlano, is known to have staged the massacre in Socopó, Barinas, during the guarimbas in 2017. That day what really happened was that armed groups ransacked shops and attacked police and the Bolivarian National Guard headquarters. Currently, he is hospitalized and recovering from the poisoning.

Featured image: Courtesy of Noticiero Digital. Superlano at the left next to Juan Guaido, Luis Almagro (OAS) and Carlos Lozano