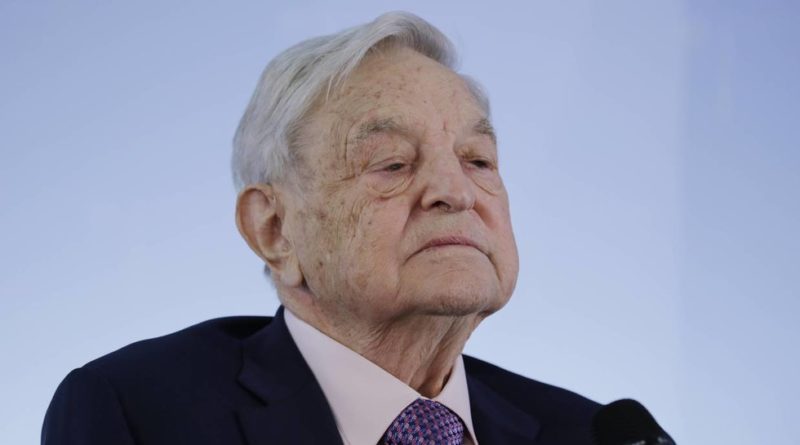 A study by the European Center for Law and Justice in Strasbourg has revealed several conflicts of interest between judges at the European Court of Human Rights and NGOs funded by George Soros.

The European Center for Law and Justice is an NGO which often appears at the court to campaign on social, family and religion-related issues. I am proud to be listed as a research fellow at the ECLJ but in reality I have written only one article for the center’s website and I receive no salary from it. I had no role in writing the report.

The study has found that, out of the 100 judges who have served on the bench of the European Court of Human Rights in the period 2009-2019, nearly a quarter (22) have strong links to George Soros’ Open Society Foundation or to NGOs like Amnesty International and others which are funded by it. Human Rights Watch, for instance, has received $100 million from the Open Society Foundation since 2010.

Some of the NGOs receive so much of their budget from Soros that they are in effect wholly owned subsidiaries of his foundation.

The links between the judges and the NGOs are substantial. They include working for years as members of the board of directors or executive council of these NGOs; having teaching posts at institutes funded by them; being a salaried director of programs for the Open Society Foundation or associated NGOs; and undertaking other forms of paid work for them. The full list of these links can be found on pages seven and eight of the report.

A good example is that of the Bulgarian Yonko Grozev who, as leader of the Open Society Justice Initiative, defended the Pussy Riot case against Russia in 2018 before being elected as a judge of the court shortly thereafter.

The study does not include less formal forms of collaboration with NGOs, such as occasional work for them (see note 15 of the report). This means that the links are even greater than those specifically addressed in the study.

RELATED CONTENT: Chancellor Arreaza Responds to Abrams: We will Scientifically Demonstrate the Effects of Illegal US Sanctions to the ICC

The report also covers other human rights officers, such as the commissioner for human rights at the Council of Europe from 2012-2018 (Nils Muiznieks), who does not sit as a judge but who was for years a salaried activist of the Open Society Foundation in Latvia and who has used his official position to campaign against the so-called “anti-Soros” legislation in Hungary.

These NGOs are extremely active at the ECHR. The Helsinki Foundation for Human Rights in Poland filed 16 applications, and defended 32 cases, in 2017 alone. Very often the role played by the NGOs does not appear in the court’s records but has to be discovered from the NGOs’ own reports instead. For instance, a case can be defended by lawyers from one NGO with pleas heard from other NGOs as third parties, even though the other organizations are in fact financed by the same source as the applicant, usually Soros.

There would not be anything wrong with judges having exercised a salaried activity for an NGO prior to becoming a judge if these same organizations were not themselves active as parties who bring cases to the ECHR, either as applicants themselves, as lawyers for applicants, or as third parties giving supposedly expert evidence (but in reality lobbying for a cause), and if those judges did not then hear those cases.

Indeed, the report’s worst finding is that in 88 cases judges sat on the bench ruling on cases brought to the court by NGOs they had previously worked for, without declaring a conflict of interest and without withdrawing from hearing the cases (see page 15 of the report and annexes 1 and 2.) In one case, ruled on in 2018, 10 out of the 14 NGOs that had brought the case were funded by the Open Society Foundation, while six out of the 17 judges who heard the case themselves had links to the same Soros-funded group.

The judges’ refusal to withdraw is a disgraceful professional failing which shows that Europe’s supreme human rights body is not, in fact, independent but is instead part of veritable “human rights industry” – a pyramid of money and a tight network of professional relationships, at the top of which sits George Soros with his billions. NGOs are supposed to represent “civil society” independent of states; in reality, a very large number of them are the creation of actors with no democratic legitimacy, like the Open Society Foundation.

The fact that this corrupt system has been able to flourish has several causes. The first is that Soros and the NGOs he finances dominate the human rights industry across the Balkans and in the Baltic states. His millions flood these small, poor countries (he has spent $131 million in Albania since 1992, for instance) and they in turn appoint judges to the ECHR which rules on human rights issues for the 47 member states of the Council of Europe. Indeed, the report finds that the total spending of the Open Society Foundation in Europe, $90 million a year, actually exceeds the annual budget of the European Court of Human Rights ($70 million).

Second, new procedures introduced in 2012 specifically provide for NGOs to take part in the selection procedure for judges at the ECHR. These NGOs can propose candidates and they can lobby for their selection. They have done this on many occasions, as the report shows. In the case of Albania in 2018, for instance, two out of the three candidates were executives of the Open Society Foundation; one of them was elected.

RELATED CONTENT: Reinaldo Iturriza: “We Must Always be Against Class-based Police Violence” (Interview)

Finally, there is no requirement that people appointed to be judges at the ECHR have any judicial experience at all. Some 51 out of the 100 judges who have sat on the ECHR bench since 2009 had never been judges or magistrates before. Instead, they were very often human rights activists working for Soros or one of his front organisations.

This is a structural weakness which also affects international war crimes tribunals. As I showed in my book, ‘Travesty,’ it means that people can wield judicial power who are not, in fact, trained judges or magistrates or even necessarily lawyers, but instead political activists. In some very egregious cases, people have become judges on the benches of these tribunals without even having a law degree.

The result is that the judges who sit on these bodies do not, in fact, behave as judges should. The role of the judge is to say what the law is, not to say what he or she thinks the law should be. Unfortunately, this is exactly what judges at the ECHR, and at the new international tribunals, do. In 1978, the ECHR proclaimed that the Convention was “a living instrument which must be interpreted in the light of present-day conditions” and that therefore its judges had the right to read new things into the Convention instead of agreeing to be bound by it. Such judicial activism is a travesty of the rule of law.

It is a travesty because the areas in which ECHR judges exercise their judicial activism are precisely the most politically sensitive issues, which should properly be decided by politicians in elected parliaments, or by referenda, and not by an elite caste of unaccountable activists. Those areas include freedom of expression, asylum, LGBT rights, conditions of detention, minority rights, and so on. Using their freedom to make up the law, ECHR judges have over decades applied a new vision of man which is the opposite of the original intention of the Convention, which was to protect human beings and their families from abusive state power. Now the ECHR spends most of its time demanding more state power for this or that fashionable (“woke”) cause.

George Soros has long been attacked for the excessive political power his gigantic fortune has bought, especially in post-communist Eastern Europe. This report by the European Center for Law and Justice is, however, one of the first occasions in which the corrupting effect of that power has been scrupulously identified and documented with respect to the supreme body charged with protecting human rights in Europe. To date, the ECHR has not denied any of the facts outlined in the report and, to the extent that these facts cannot be denied because they come from the ECHR itself, its credibility as an independent judicial body now lies in ruins.
John Laughland, who has a doctorate in philosophy from the University of Oxford and who has taught at universities in Paris and Rome, is a historian and specialist in international affairs.