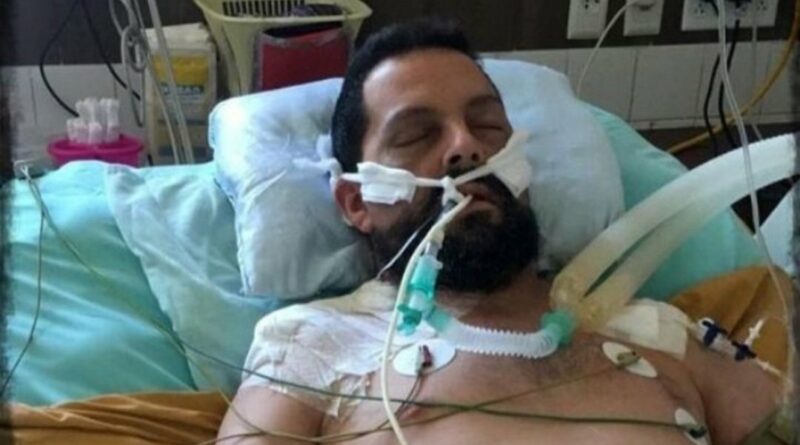 November 20, 2020.-  “We join the request made by human rights and political organizations in Argentina that, for humanitarian reasons and in view of the serious danger to his life, the Argentine photojournalist, Facundo Molares, a political prisoner of the de facto government since November 2019,” be repatriated, the former president wrote on Twitter. The former Bolivian President Evo Morales supported today the demand being made by several social organizations that the Argentinean journalist Facundo Molares, detained in Bolivia since a year ago by the de facto government, be repatriated for humanitarian reasons.

The Argentinean newspaper Página 12 reported that a score of institutions in the neighboring country, among them Relatives of the Disappeared and Detained for Political Reasons and Mothers of the Plaza de Mayo, demanded in a statement the return of Molares “in view of the serious situation and risk of his life.”

According to the document, “Facundo’s state of health is getting worse and worse: today, fluid was detected in his lungs, so he was urgently transferred to a health unit, where he was swabbed and tested positive for COVID-19.”

The text recalls that the photojournalist “was arrested and then imprisoned in Bolivia by order of the authorities of the then de facto government of that country. He had traveled in October 2019 to cover the general elections for the digital magazine Centenario in Argentina and since then he has been illegally detained for twelve months in a process plagued by irregularities.”

Hugo Molares, the father of Facundo, confirmed to the Telam news agency that the day before his son was admitted to an assistance center with a diagnosis of being infected with COVID-19. “Facundo was taken urgently from the Chonchocoro prison to the hospital of Clinicas Miraflores in La Paz in serious condition,” he said.

The photojournalist traveled in October 2019 to Santa Cruz de la Sierra with the objective of reporting on the Bolivian elections, but on the 11th of that month he was urgently admitted to the Japanese hospital in that city due to kidney failure. The situation became complicated, however, when after the overthrow of Evo Morales’ government, the coup administration opened a case against him and imprisoned him for allegedly having belonged to the Revolutionary Armed Forces of Colombia.

His lawyer, Marco Antonio Justiniano, and the family requested that he be hospitalized due to his delicate state of health, but the request was ignored by the prison authorities.

“The consul got a court order for Facundo to be hospitalized but the order left the decision up to the doctors, but because the doctors don’t see him in a regular basis the order was deactivated, as they don’t want to have prisoners in the hospitals.”

RELATED CONTENT: Up Against the Clock, The Bolivian Dictatorship Does Not Lose its Fascist Essence

After a letter in which the family asked for the intervention of the Argentinean President, Alberto Fernández, the Ministry of Foreign Affairs of that country presented an official request to Bolivia so that the Andean-Amazonian country could proceed to the liberation of Facundo “in an urgent manner.”

Hugo Molares reiterated his concern about the case this Friday, stressing that the cases opened by the coup plotters against former President Evo Morales and other officials in his cabinet were all quickly resolved, while that of his son has not been resolved. “We feel alone,” he lamented, according to Radio Erbol.

To join the demand send your name to: