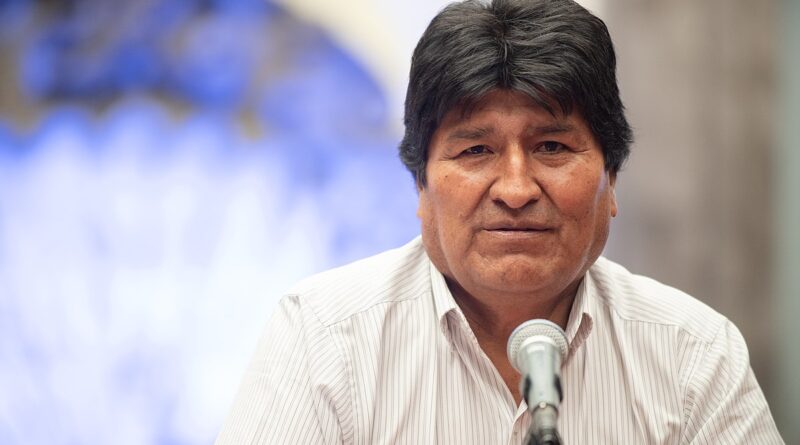 On Saturday, October 23, the former president of Bolivia and current president of the Movement towards Socialism (MAS) party, Evo Morales, in an exclusive interview for the international TV station teleSUR, discussed the role of indigenous movements to recover territories and fight against colonialism.

“The invasion of 1492 was under an alliance between the monarchy and the Catholic Church,” said Morales. “Pope Francis apologized to the indigenous movement, but not the Europeans… From Bolivia, from South America, we are proclaiming plurinational states.”

The former president reiterated that to refer to the term “plurinational” is to promote freedom and hard work for the Patria Grande. “These are times of liberation and not of imperial hegemony,” he commented. “The people want leaders and not heroes, therefore we have to always be on the side of the people.”

“We have been in resistance for 500 years and we have to regain political power,” the MAS leader emphasized. “In Bolivia we have been able to keep out promise… we are not ethnic groups, we are nations; we do not have dialects, we have languages. It is something unique that the indigenous movement leads this initiative of vindication.”

Coup attempts in Bolivia
Morales commented that the most important thing at present in Bolivia is to consolidate the current government chaired by Luis Arce, as well as to defend constitutionality against the claims of the right to give another blow to democracy.

“There is a new populist right—a racist-fascist right that tries to assassinate and we are going to face that,” explained the former president of Bolivia. “I hope that those groups reflect on their actions and think about everyday people. Let us remember how the CIA killed presidents of Latin America and the Caribbean.”

Regarding the defense of democracy, Morales reiterated that indigenous movements will remain alert. “We have plans to make a great march to consolidate our government… the right is based on accusations without arguments and lies everywhere,” he added.

“They do not forgive us for nationalizing our resources, closing the US military base, expelling the Drug Enforcement Administration (DEA) and the Central Intelligence Agency (CIA),” Morales remarked.

Victim of the 2019 coup
“After the coup, the plan of the empire and the right was to ensure that the MAS did not to return to the government and that Evo did not to return to Bolivia,” Morales stressed. “They also tried to ban the MAS-IPSP brand [logo, membership card, etc.]. Now we are prepared to defeat them. It was not just a gringo coup against the Indian, it was a coup against our economic model.”

The former president emphasized that the purpose of the coup was to destroy the economic model that has shown excellent results for the Bolivian people. “The economic model has allowed growth,” explained the head of MAS. “In the last six years, Bolivia registered high economic growth. United we are invincible, the right wing knows that, by elections they could not defeat us,” he added.

The former president of Bolivia emphasized that Áñez’s de facto government represented corruption and repression against the people. “Arturo Murillo’s collaborators from the US confessed about mismanagement; they are corrupt,” he stressed.

Morales went on to praise the initiative of the Mexican President Andrés Manuel López Obrador, who is promoting the Community of Latin American and Caribbean States (CELAC) to replace the Organization of American States (OAS) in the region.

“I somehow trusted the OAS, that it depends on who runs it,” admitted Morales. “We have seen that the OAS is not with the people, but with the empire. I support the initiative of my brother, the president of Mexico, to create an OAS without the United States. And that is CELAC,” he concluded.