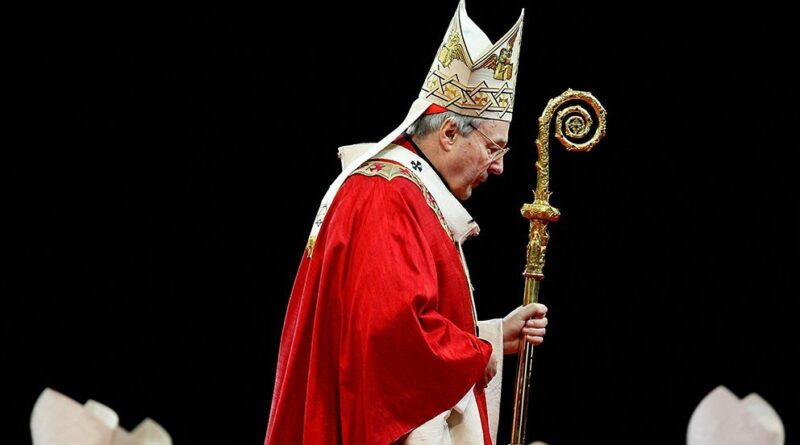 “Using mindfulness to overcome financial stress”, reads another headline published a few days ago by Financy.

“The impact of mindfulness on businesses in the work from home era”, reads another by Business Review from last week.

Over the last few years we’ve seen a surge in the forceful mainstreaming of so-called mindfulness practices, a westernized iteration of various eastern meditative traditions emphasizing non-judgemental present-moment awareness which can, as a side effect, reduce stress levels. If you look at the headlines above, it’s not hard to see toward what end these practices are being promoted.

The way mindfulness is being so aggressively prescribed as a means to relieve the soul-crushing stress of meaningless labor under a meaningless system has been discussed at length in Ronald Purser’s 2019 book “McMindfulness“, which critiques the way “mindfulness has become a banal form of capitalist spirituality that mindlessly avoids social and political transformation, reinforcing the neoliberal status quo.” Are you experiencing financial stress from being ruthlessly exploited by your unfathomably wealthy employer? Mindfulness it away! Are you having trouble coping with the demands of empty gear-turning in an amoral corporate machine which benefits humanity in no discernible way? McMindfulness, baby!

The sticking point here is that mindfulness, like literally every other spiritual practice that has ever existed, can be used to psychologically compartmentalize away from certain aspects of reality. Bringing awareness to the present moment can indeed take mental energy away from stress-inducing impotent thought patterns, but it can also take attention away from real problems which should in fact be dealt with at some point: the fact that you are in an abusive marriage. The fact that you are in an abusive workplace. The fact that the working class is in an abusive relationship with the ruling class.

RELATED CONTENT: Money is Made Up and we can Change the Rules Whenever we Want

This is false spirituality, and it comprises the overwhelming majority of what’s out there, whether you’re talking about personal spirituality, New Age/spiritual-but-not-religious spirituality, or organized religion. Probably ninety-nine percent of spirituality as it actually exists in our world is just glorified escapism. Nice stories, feel-good conceptual re-frames, practices to help you bliss out on the surface instead of addressing the deep sources of profound suffering underneath. Devices for reality avoidance, no different from drugs, overeating, compulsive sexual behavior, video games or Netflix binging.

False spirituality serves corrupt power. It always has: from the minute the local strongman discovered he can manipulate his subjects with fairy tales about invisible deities who only speak to him, to the Roman empire promoting a religion which promotes meekness, poverty, obedience and “render unto Caesar what is Caesar’s”, all the way to mindfulness practices being promoted at the World Economic Forum in Davos.

True spirituality means expanding consciousness of what’s true and real, both within and without. It means bringing consciousness to the subconscious dynamics within us which generate our suffering, rather than using feel-good spiritual practices or religious narratives to sedate ourselves through that suffering. It means becoming conscious of our true nature, of the way self, experienceand perception are really happening as opposed to how the mind tells us they are happening. It means bringing consciousness to the unconscious aspects of our lives, our community, our society, and our species. It means shining the light of truth on all the injustice and depravity the powerful work so hard to keep anyone from looking at.

For this reason, it’s unsurprising that so much of what passes for spirituality in our world today is false. No matter what the age and no matter where the location, those with the ability to dominate culture the most successfully have been those with the most power. Healthy impulses to shed the light of truth in all directions would at best receive no platform and at worst get people burned at the stake, while unhealthy power-serving belief systems would be widely promoted by the powerful.

This remains as true as ever today. Colonialism, capitalism, consumerism and imperialism have left us so disconnected from ourselves, from our roots, from the land we live on and from any sense of depth that the majority of us end up turning in desperation to power-serving belief systems, not realizing what they are. We let old power-serving religions give us our spirituality. We let the news man tell us what’s good and what’s true. We let Hollywood tell us what’s meaningful, what’s worth living for, what’s worth dying for.

And it never satisfies. It never can. Trying to fill that hole we’re trying to fill with what mainstream culture offers us is like trying to quench your thirst with seawater.

The one advantage true spirituality has going for it that it didn’t have in ages past, if you can call it an advantage, is the fact that we as a species appear to have trolled ourselves into an evolve-or-die predicament, leaving ourselves in check on the chessboard where the only way to escape the checkmate of extinction via climate collapse or nuclear war is to collectively awaken to reality.

Humanity will not survive if we don’t all start getting very, very real with ourselves very, very soon, both inwardly and outwardly. We survive by purging ourselves of inner falseness and outer falseness, thereby reaching the level of maturity needed to shift to a collaboration-based planetary civilization where we work in harmony with each other and with our ecosystem for the common good.

We will either make the jump or we will not. Whether we do or don’t will have a lot to do with how courageous we are; whether we are brave enough to desire the truth come what may, or whether we succumb to the inertia of fear and fail.

The good news is we can all help building momentum for that jump right now, by doing everything we can to expand human consciousness both inwardly within ourselves and outwardly in the world. Sing the truth loudly, wake up as many people as you can to as much truth as you can, and wake yourself up to as much truth as possible by bringing consciousness to your inner dynamics.

Shine bright, and shine in all directions, and we just might win this thing.