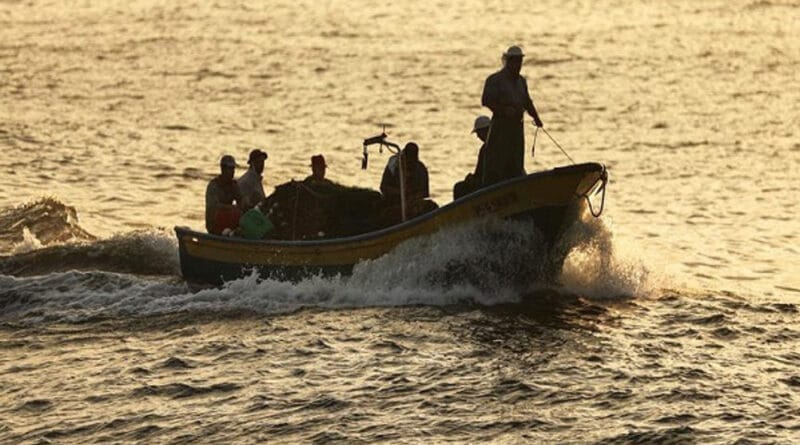 Israel’s naval forces have attacked Palestinian fishermen off the coast of the Gaza Strip, sinking one of their boats and forcing the others to return ashore.

Israeli gunboats fired live ammunition on Thursday and sank one boat off the shore of Deir al-Balah, in the central area of the besieged coastal enclave, local sources said.

They forced the fishermen to return ashore.

It was not clear whether the attack caused casualties among the Palestinias.

But in a similar incident earlier this month, three Palestinians were killed when Israeli forces attacked their boats off the shore of Khan Yunis, south of the strip.

Israel maintains a heavy naval presence off the coast of the impoverished Palestinian enclave, severely affecting the livelihood of some 4,000 fishermen and at least 1,500 more people involved in the fishing industry.

Over the past few years, the Israeli forces have carried out more than a hundred attacks on Palestinian boats, arresting fishermen and confiscating their boats.

The Gaza Strip has been under an Israeli land, air and sea blockade since June 2007, which has caused a decline in living standards as well as unprecedented levels of unemployment and unrelenting poverty.

Israel has also launched three major wars against the enclave since 2008, killing thousands of Gazans and shattering the impoverished territory’s already poor infrastructure.